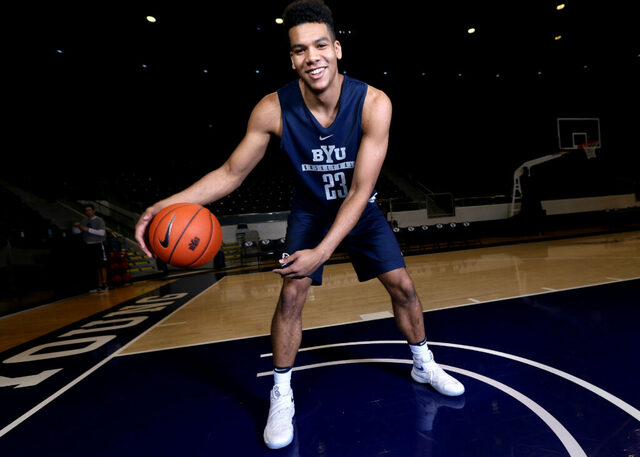 Yoeli Childs wasn’t a member of The Church of Jesus Christ of Latter-day Saints when he chose to play basketball for Brigham Young University, but he wasn’t worried.

Although over 90 percent of the school’s student body were Latter-day Saints, Childs had grown up among members of the faith and was living the standards expected of BYU students.

“I knew that just being a good person was really what the Church was all about,” the power forward told Church News. Speaking of the Latter-day Saints he knew in high school, Childs said, “They were making great decisions in their lives. They were living right. They were following the commandments. They were doing great things. They just had a certain light about them … and I knew I wanted to be like them.”

Childs started investigating the church during high school while he was dating his now-wife Megan Boudreaux, who told him she wanted to get married in the temple. Although he knew he wanted to spend his life with her, Childs said he needed to know for himself whether the Book of Mormon was true. One night, he prayed to find an answer.

“I could not put the book down. … I remember reading something in Alma one day and realizing, ‘Hey, this is true.’ I knew there was no way that an uneducated kid in New York could just make this up,” Childs remembers.

When he began playing at BYU, Childs talked with BYU’s star center Eric Mika (now an NBA player for the Sacramento Kings), who asked what his feelings were about the gospel. When Childs said he knew the Book of Mormon was a true book, Mika helped organize a meeting with the missionaries. Both Mika and Boudreaux sat with Childs through the discussions.

Since he was baptized in 2016, Childs has been married in the temple and is currently a Sunday School teacher for the youth. Childs told Church News he’s seen how his faith has blessed his life as a basketball player.

“Being an athlete can be hard. There are so many ups and downs. You can do everything right and still fail," he says. "And without faith, it can sometimes feel hopeless. But being a member of Christ’s Church has given me that faith.”