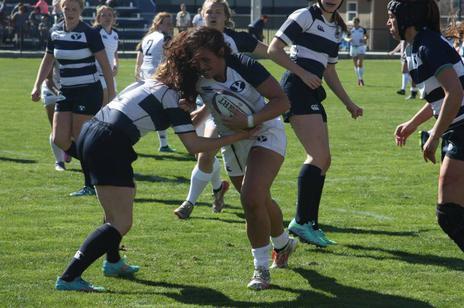 BYU Teams Compete for 3 National Titles on the Same Day

After winning four straight national titles, the BYU men's rugby team competed once again for the title this year. But so did the school's men's volleyball and women's rugby teams—all on the same day.

For BYU sports fans, May 7 was an unforgettable day of feast and famine.

Reaching a national championship final is a remarkable accomplishment at any university. Competing for three such titles — and on the same day, no less — is historic and probably unprecedented.