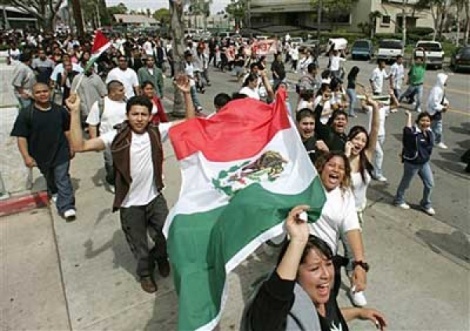 A letter to Mexican president Felipe Calderon requesting that visas for Mormon missionaries to Mexico be temporarily suspended looks set to rachet up further Utah's fiery rhetoric on immigration.

The letter, written in Spanish, dated February 9 and signed "Mexican citizens based in the state of Utah," accuses senior figures in the LDS Church of "promoting a clearly racist position in relation to the immigration question." The responsibility of the church's hierarchy for "the proliferation of xenophobic and discriminatory laws against immigrants, particularly Mexicans, is here in Utah more than evident."

What seems to particularly incense the letter-writers is that the LDS Church, it says, has refused to sign the Utah Compact, a document of five principals put together by diverse religious, business and political figures, which aims to both support "family union" and stop the division of "our communities with relation to the immigration issue."
Read the rest of this story at cityweekly.net