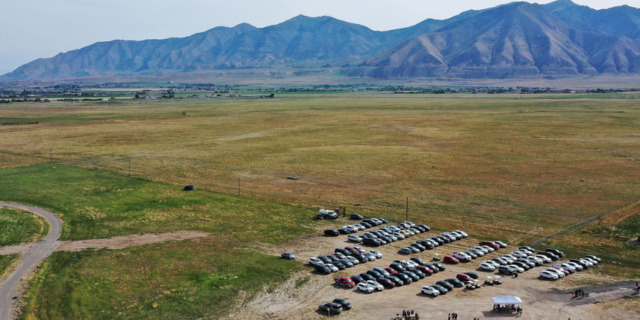 Before relocating the Tooele temple, President Nelson made a personal visit to see the spot for himself

Three months earlier, he and his counselors in the First Presidency of The Church of Jesus Christ of Latter-day Saints had announced that they had withdrawn plans to build the Tooele Valley Utah Temple and an accompanying housing development around it in Erda.

The First Presidency had determined that a temple in the valley still was needed, so a member of the Presiding Bishopric was dispatched to look at possible sites.

“He went back with recommendations and then shortly after that, President Nelson came out personally, because he wanted to be sure,” said Richard Droubay, chair of the temple committee.

Read more about President Nelson’s visit to what is now the site of the Deseret Peak Utah Temple at Deseret News.

► You may also like: Why was the Tooele temple relocated? Here’s what we know