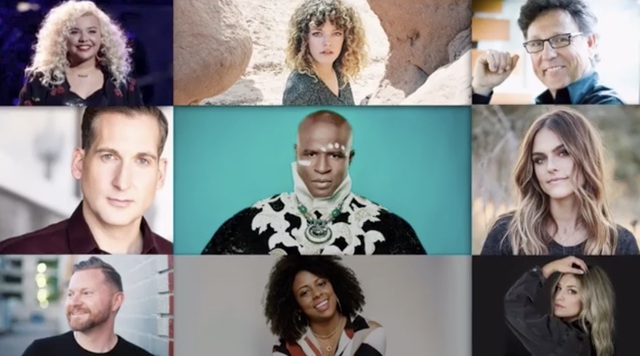 When asked by his mom, Debra Bonner, what he wants to be when he grows up, Mauli Bonner said he really just wants to be a dad. But right now, the singer/songwriter and now film director/screenwriter has felt called to do something that has taken time away from his efforts as a husband and father. He has devoted his time to creating a film to honor Black pioneers and other Black members of The Church of Jesus Christ of Latter-day Saints. The film is named after one Black pioneer in particular and is titled His Name Is Green Flake. Proceeds from the film will go toward building a monument representing the African-American contribution to the Church and to the early Utah territory.

As Steven Sharp Nelson, cellist for The Piano Guys, put it as he participated in a benefit concert to raise money for the monument on Saturday night, “This is a monument to strength, determination, the ability to not shrink or not back away from something that just seems insurmountable. And in their strength, we can find our own. . . .  We look back and we let history teach us the lessons we need to learn so that we can be strong. I mean, I cannot imagine what these people went through, and to build a monument to their story, their strength, is only going to do us good.”

Mauli Bonner says that darker moments from our Church’s history should not be hidden in darkness but brought to light because they can strengthen our faith rather than diminish it.

“Do we walk away from the Christian faith because of what Peter did or what Peter said and he knew Christ?” Mauli asked. “No, we still tell the story. We draw strength from it. Somehow it builds our testimony in Christ. And this is no different. Learning these stories and some of the hard things and the painful things are a part of the faith-building journey. And to take that away from us is just hurting our growth.”

He expressed faith in the Latter-day Saint community. “I know it’s going to happen because I know you,” he said.