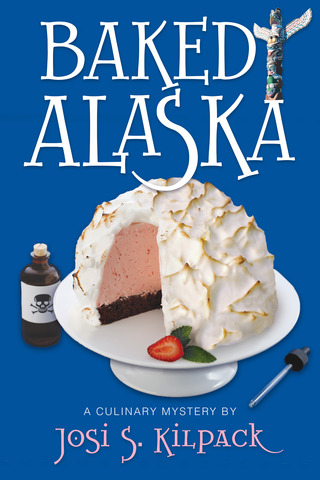 All signs point to a relaxing Alaskan cruise for long-time amateur detective Sadie Hoffmiller and her family, but when her adult son Sean starts acting suspiciously around a female passenger who is discovered dead the first night at sea, it’s up to Sadie to sleuth out the truth.

You can also read or listen to the earlier adventures of Sadie Hoffmiller starting with Lemon Tart.

Stretching beyond our nature abilities to obtain those things we most desire can be daunting if we do not look to the Lord. Follow the journey of popular author and speaker Laurel Christensen as she experiments on the word and commits to praying, thinking, and living with faith to prove that with God, all things are possible.

A Way Back to You

Annabelle, a young widow and mother, wakes up as a 16-year-old again on the worst day of her teenage years. Then she realizes her future husband, Mitch, has just returned from a mission and is living nearby. While gaining Mitch’s attention is complicated, Annabelle discovers she is stronger than she knew.

No Excuses, No Regrets

Eric Weddle was just another kid who loved sports until the San Diego Chargers drafted him in 2007. Discover the story of a man committed to character whose surprising conversion to the LDS faith carried him through heartbreak and defeat to ultimate triumph with no excuses and no regrets.

The Mark of a Giant: Seven People Who Changed the World

Civilization has been blessed by strong men and women, and many contend they were the result of divine providence. The Mark of a Giant: Seven People Who Changed the World examines the lives of Abraham of Ur, Pericles, the Apostle Paul, Sir Isaac Newton, Marie Curie, Martin Luther King Jr., and Mother Theresa. Also available as an audiobook.

Swept Up by the Sea: A Romantic Fairy Tale

Percival Taylor, a young man determined seek his fortune, sets out become a buccaneer and finds himself embroiled in a staged kidnapping, which is only the beginning of his adventures. As he learns to captain a rickety ship and strange crew, an old professor among his crewmen hides a secret that could mean the death of them all.

After stumbling across a terrible secret deep in the Nashville woods, young activist Brooke Clayton is forced to make herself disappear. With the assistance of her uncle, Major Christopher Dane, and his top operative, Hunter, she begins to live a life that starts to feel all too real until, as danger resurfaces, Brooke and Hunter risk it all to expose the truth.

When the main role falls through for Louisa Gibson’s new reality web series The Mormon Bachelor, Louisa is forced to ask her hunky ex-boyfriend Nick to step in. But when Lou is also forced to become a contestant herself, she struggles with keeping her distance as Nick tries to prove to her that he’s worth a second chance.

In the midst of the chaos of World War II, French spy Genevieve Olivier and American Lieutenant Peter Eddy hold out hope of reconnecting despite their separate dangerous duties. As Genevieve struggles to prove herself and Peter searches for a traitor among his troop, each battles potentially fatal unknown dangers and finds strength in faith and the determination to live and be reunited.

After assisting a stranded motorist, Jerzy Grabowski, with a flat tire, Adriana Chambers is drawn into a murder investigation as the only witness of Jerzy’s whereabouts that morning. Despite the piles of evidence against him, Adriana and detective Brad Osborne are certain of his innocence as they sort through a dangerous pack of lies that hits much closer to home than Adriana could have ever realized.

At finding an injured escaped convict hiding in her truck, rodeo veterinarian Jo Powers makes a snap decision to save his life. Despite her misgivings, Jo helps the accused murderer Branson Faulkner prove his innocence and in so doing, uncovers a vast web of interconnected homicides that all point to a still at-large serial killer who will stop at nothing to cover his tracks.