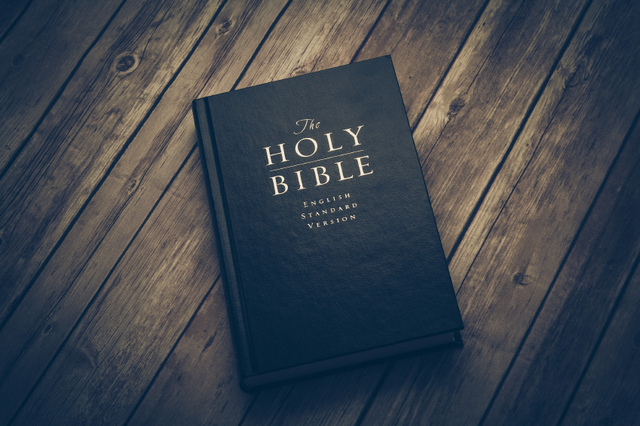 The Bible Lands on the 10 Most Challenged Books List: Why I Support It No Matter What

“It is impossible to rightly govern the world without God and Bible.”

“I believe that the existence of the Bible is the greatest benefit to the human race. Any attempt to belittle it, I believe, is a crime against humanity.”

When the American Library Association published its list of the 10 Most Challenged Books in 2015, something unprecedented happened. Appearing on the list with titles like Fifty Shades of Grey was one sacred book all Christian families, including the Latter-day Saints, are familiar with: The Holy Bible.

Coming in at spot number six, the Bible was ranked as one of the most challenged books last year based on documented requests sent in to schools or libraries, asking for its removal.

So, what is so appalling about this book that so many wanted to keep it out of public libraries? The ADA summed up the reasons (though I'm sure they were varied and vast) as simply "religious viewpoint."

I did a double take. Yes, among reasons for banning other books such as "sexually explicit," "offensive language," "violence," and "unsuited to age group" was the criticism that the Bible expressed a religious viewpoint.

In a country that, since its very inception, has been shaped and guided by governing principles and leaders influenced by religious viewpoints, especially those of the Bible, I have to wonder, why are we so afraid of them now?

Why are Americans so afraid of the Bible, of Christianity, of expressing and sharing their religion and faith? And Christianity isn't the only faith targeted by this fear and aversion. Sharing any personal beliefs at work, in schools, or in any other public space has come to be seen as something taboo, even dangerous and immoral.

“More and more of our citizens support the idea that all authority and all rules of behavior are man-made and can be accepted or rejected as one chooses. Each person is free to decide for himself or herself what is right and wrong. Our children face the challenge of living in an increasingly godless and amoral society.”

About this trend, I would like to ask the question, what if other generations had this fear of sharing their faith? What if leaders like Ghandi, Abraham Lincoln, George Washington, Martin Luther King Jr., Mother Teresa, and so many others had decided to keep their faith private and "separate" from their actions? What if these influencers had never been exposed to religious books like the Bible?

The world has been molded and changed for the better because of men and women of all faiths who had the courage to share their religious voices and beliefs despite convenience, despite persecution, and despite popularity.

So, in defense of the Bible, I would just like to add my testimony to those men and women who are much stronger and braver than I. The Bible is an inspired work that has changed me for the better, that has brought me closer to my Heavenly Father, and that has taught me about the kind of person I can be. I am better for the Bible, and I am grateful every day that I have it in my home and on my phone so I can draw inspiration from it at any moment.

“We account the scriptures of God to be the most sublime philosophy. I find more sure marks of authenticity in the Bible than in any profane history whatsoever.”

M. Russell Ballard, Apostle in the Church of Jesus Christ of Latter-Day Saints

"My brothers and sisters, the Holy Bible is a miracle! . . . It is a miracle that the Bible literally contains within its pages the converting, healing Spirit of Christ, which has turned men’s hearts for centuries, leading them to pray, to choose right paths, and to search to find their Savior."

“There is a book worth all other books which were ever printed.”

“Of the many influences that have shaped the United States into a distinctive nation and people, none may be said to be more fundamental and enduring than the Bible.”

D. Todd Christofferson, Apostle in the Church of Jesus Christ of Latter-Day Saints

"Consider the magnitude of our blessing to have the Holy Bible and some 900 additional pages of scripture . . .  I suppose that never in history has a people been blessed with such a quantity of holy writ. And not only that, but every man, woman, and child may possess and study his or her own personal copy of these sacred texts, most in his or her own language. How incredible such a thing would have seemed to the people of William Tyndale’s day and to the Saints of earlier dispensations! Surely with this blessing the Lord is telling us that our need for constant recourse to the scriptures is greater than in any previous time. May we feast continuously on the words of Christ that will tell us all things we should do (see 2 Nephi 32:3)."

“I am busily engaged in the study of the Bible. I believe it is God’s word because it finds me where I am.”

“I believe the Bible is the best gift God has ever given to man. All the good of the Savior of the world is communicated to us through the Book.”