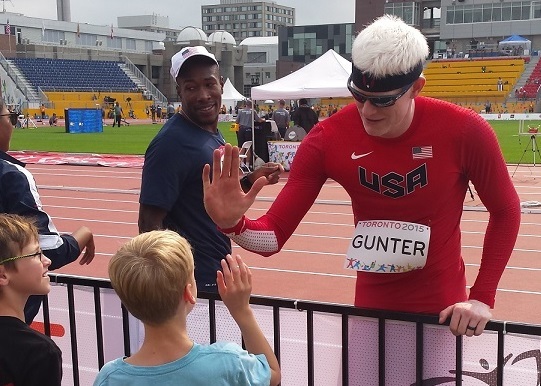 Meet the LDS paralympic athlete who just qualified for the 2016 Games in Rio.

Tyson Gunter has albinism. Since this condition is manifest through a lack of pigmentation in the skin, hair, and eyes, most people's knowledge about it is limited to the visual. However, because the development of the optical system is heavily dependent on melanin (the substance that provides pigment), people with albinism also tend to suffer visual impairments.

Gunter's vision is between 20/100 and 20/200, and his peripheral vision is extremely limited. His depth perception is virtually non-existent. "The best way for me to describe this is looking through binoculars backwards," he said. Despite these challenges, Gunter has managed to achieve athletic feats that most people with perfect sight could never dream of—and he just qualified for the 2016 Paralympic Games in Rio.

In high school, Gunter was a standout track athlete, earning all-state honors all four years. After an LDS mission to Washington, he walked on to the track team at Idaho State University. He proved an invaluable asset to the squad, finishing in the top eight at the Big Sky Conference Championship and earning a scholarship.

Now, Gunter has his sights set on Rio de Janiero—the site of the 2016 Paralympic Games. He recently qualified, despite his already unlikely journey meeting another bump in the road. The International Paralympic Committee recently elected to remove jumping events for Gunter's class (T13 limited vision), which meant that if Gunter wanted to compete in Rio, he couldn't get there as a jumper. Instead, he had to qualify as a sprinter, an event for which he has far less practice—and passion. 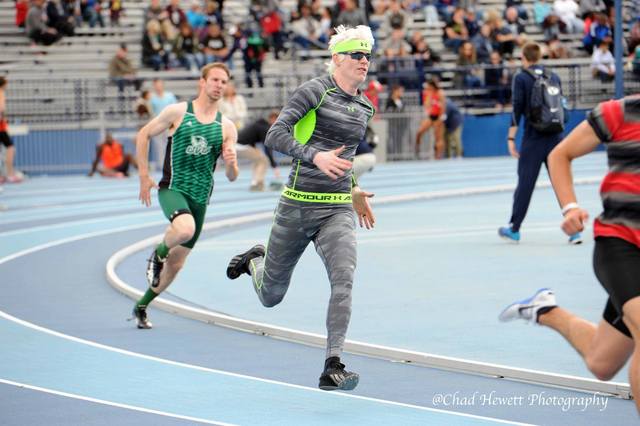 "[Jumping is] the thing I love most in track and field," he said. But because of the rule changes, Gunter now has to run the 100m and 400m—the latter of which he describes as "one of the most hated events in all sports."

That hasn't stopped him from excelling in it, though. He's improved rapidly and has already completed the grueling quarter-mile sprint in a blistering 50 seconds flat. Gunter already achieved his first goal for 2016—making the Paralympic Team. Now that he's done that, his next goal is a top-five finish in Rio.

It's a tall order, but Gunter is up to the challenge. He draws strength and inspiration from many sources, but none more important than his family and the gospel. His wife of four years often attends his competitions, and he's been an active member in his LDS congregation.

"The gospel has influenced everything in my life," Gunter says. "I think that is the whole goal, to live the gospel and not just go to church . . . I don't do everything perfectly, of course, but I always try to consider my decisions based on the lifestyle that the gospel teaches."

One gospel lesson Gunter has drawn strength from is the Parable of the Talents. Rather than burying his talents, Gunter has magnified them into an opportunity to inspire and strengthen others.

It's also given him some nice perks as well: "I love the whole experience of traveling (minus the being away from my wife part), staying in hotels, eating food from other cultures," he said. Then, recalling the sponsorship he's received from Dick's Sporting Goods, he added, "and I would be lying if I didn't say I also love the free gear."

Whenever this stage in Gunter's life draws to a close, he'll be ready to take the next step. He plans to utilize his degree in business marketing and own his own business. He also aspires to coach track and field at the collegiate level. But no matter where the road takes him and his family in the future, right now he's focused on Rio.

[This article was originally posted on 5/6/16, and has been updated to include the news of Tyson's qualification for the U.S. Team.]