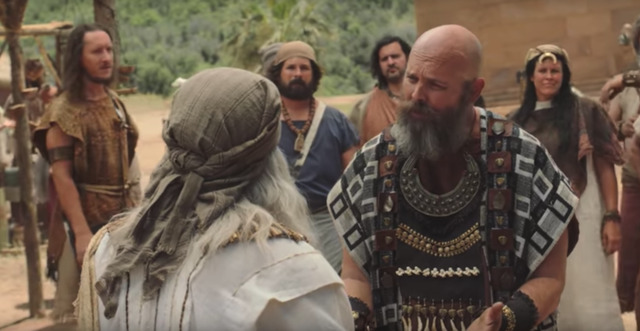 The newest Book of Mormon video released Friday, December 20, tells the story of Sherem, a man who preached against the doctrine of Christ.

Focusing on Jacob 7, the latest installment takes place in 544-421 BC in the land of Nephi. In the clip, Sherem demands that a sign be given to him proving that Christ will come.

“Do not believe this doctrine of Christ. We have the law of Moses and need nothing more,” Sherem preaches in the video. “I declare to you now there shall be no Christ.”

Sherem then confronts the prophet Jacob and declares to him in front of others that the doctrine of Christ is blasphemy. In response, Jacob testifies that the scriptures and all prophets have testified of Christ.

“Show me a sign by this power of the Holy Ghost in the which ye know so much,” Sherem says to Jacob.

In response, Jacob says to Sherem that he would not tempt God to show him a sign. However, if God decides to smite Sherem, it will be a sign that He has power in heaven and on earth and that Christ will come.

Almost immediately, Sherem is smitten by God. He later confesses before others that he is afraid he has committed an unpardonable sin because he has lied to God and denied Christ. Following his death, peace and the love of God were restored to the people.