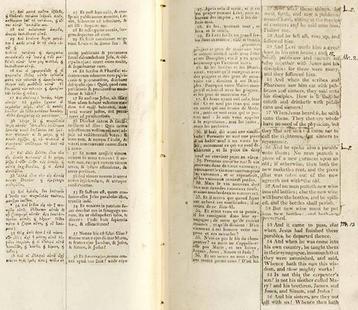 Book of Mormon goes 'under the knife' in new humanist 'Bible'

The Book of Mormon is among five holy books that go "under the knife" in a new publication by the American Humanist Association that attempts to do for these religious texts what Thomas Jefferson did with his personal cut-and-paste Bible.

“A Jefferson Bible for the Twenty-First Century,” an e-book available through HumanistPress.com, includes a copy of the original Jefferson Bible, which the third president of the United States created for his personal use by cutting favored passages of scripture from the four New Testament gospels and pasting them together to form a single sequential narrative. According to the American Humanist Association website, the new publication “also includes similarly edited versions of the Hebrew Bible (or Tanakh), the Quran, the (Hindu) Bhagavad Gita, the Buddhist sutras and the Book of Mormon.”