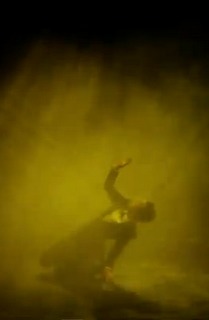 While pundits and theologians continue the seemingly endless debate over whether or not Mormonism is Christian/Mormons are Christians/a Mormon can be a Christian, over at Slate, browbeat writer David Haglund weighs in on the Mormon church’s latest advertising campaign (the “I’m a Mormon” campaign) and the recent participation of The Killers frontman and international rockstar Brandon Flowers in that effort:

The video hews closely to the campaign’s usual formula: Flowers talks about himself, then about his values, and then he connects those values to his Mormon faith. Near the end, Flowers talks a bit about his public persona. “A lot of people love to come up to me and tell me they were raised in the church,” Flowers says, “and they expect there to be this camaraderie of, oh, we’ve outgrown it now, we’re smart enough now not to be in it.” One can understand why this would happen: In 2004, Spin identified Flowers as an ex-Mormon, and he has been candid in the past about his drinking and smoking, activities forbidden for devout members of the Mormon church.

But as the existence of this video suggests, Flowers doesn’t see himself as an ex-Mormon, at least not anymore. (If he did, he could have participated in a different video campaign.) What’s interesting about this is the way Flowers frames his re-affirmed faith: “I was raised in it,” he says, “and I still… it’s…” He chuckles. “There’s still a fire burning in there.” That’s the last thing he says before the more standard send-off: “I’m a father, and I’m a husband, and I’m a Mormon.”

For those, like myself, interested in Mormon conversion narratives (as well as unexpectedly Mormon musicians), there’s a lot to unpack here; I’m especially intrigued by the centrality to his faith of his roles as husband and father.