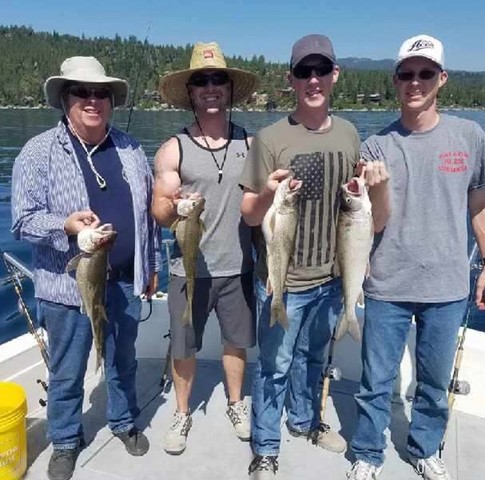 "Our understanding of the plan of salvation and knowledge that families are eternal and that we'll see him again . . . it's what keeps us going," said Duane Miller, a victim of the Nevada church shooting and brother to Bert Miller.

The family of Bert Miller, a quiet-but-witty, unassuming mechanic and volunteer firefighter shot and killed Sunday during an LDS Church sacrament meeting 60 miles east of Reno, Nevada, had been looking forward to a family reunion this week built around his 62nd birthday on Saturday.

Instead, in a tragic turn, his family will lay him to rest after a funeral on Friday. On Monday, the family canceled its order for a large birthday cake from the Reno Costco. Flowers will take its place.

Monday was also the day authorities charged his alleged killer with first-degree murder and marked a day of expressions by Miller's family, including his brother, who was wounded in the attack and spoke publicly of the ordeal for the first time.

Mormon Life Shooting FaithShooting,Faith,Mormon Life
Comments and feedback can be sent to feedback@ldsliving.com