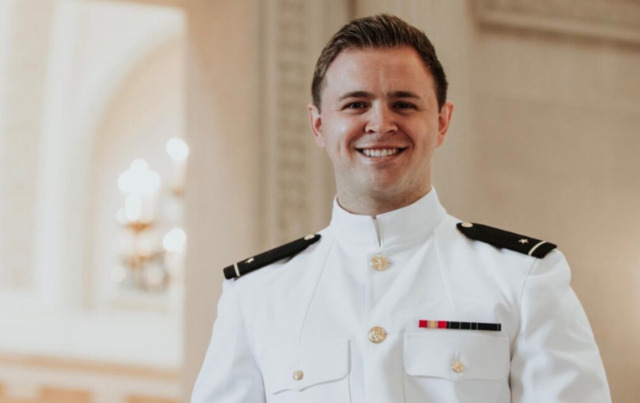 Life for newly commissioned U.S. Navy officer Mason Wells could aptly be described as fluid. Change is everywhere for the 24-year-old sailor.

On Friday, May 28, Wells became a 2021 graduate of the United States Naval Academy. He exchanged the midshipman’s shoulder boards on his uniform for the bold, single-striped shoulder boards of a Navy ensign. And after four years of saluting every officer he passed outdoors, he’s now on the receiving end of a few salutes.

He is also changing his mailing address from Annapolis, Maryland, to Pensacola, Florida, where he will soon begin pilot training. Even his marital status is changing. In a few days he will wed fellow Navy grad Cassidy Hylton—whom he baptized—in the San Diego California Temple.

But some things won’t change. The scars on Wells’ hands and feet will remain regardless of whatever his new title—Naval Academy graduate, ensign, pilot, or husband. And he will forever be called a “survivor.”

Read more about Wells's road to recovery, how he met and baptized his fiancée, and their upcoming plans at Church News.

► You may also like: Burn center that treated Stephanie Nielson following plane crash honors her with short documentary