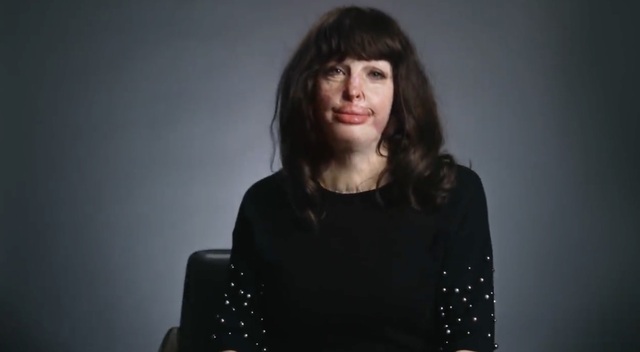 Nearly 13 years have passed since a plane crash left 80% of Stephanie Nielson’s body burned. In the years since she has served as a beacon of hope for other burn victims and as a reminder to the rest of us of the value of life. On April 29, 2021, Stephanie and her husband, Christian, were honored by the Arizona Burn Center at Valleywise Health as part of their “Night of Heroes.” A short documentary about the Nielsons created for the event is now available to view online. In the video, Stephanie says it was seeing her eyes for the first time following her accident that changed her perspective and her outcome.

In the short 20-minute documentary, Stephanie recalls the first time she looked at her face in a mirror following the crash.

“I sat there for 15 minutes. I was already crying and I remember just kind of flipping the mirror over. I started with my chin and got to my lips and then I saw my eyes. And I saw light in my eyes. And I knew I was going to be okay. It was a turning point in my recovery that changed everything for me was to see my eyes, see the light in my eyes, and the light that I had, and the light that I could still give to others,” she says.

Nielson says looking back she can see that she was helped throughout the harrowing ordeal, and she hopes that her experience sends a message to her children of their ability to overcome.

“I believe that I wasn’t alone. I believe that my prayers were being heard, even in my darkest hours,” Stephanie says. “I had been given this amazing body that had just recovered from something catastrophic and I was still standing and that’s something. I don’t need to tell that to anybody. But I do want my children to know that I went through this accident, it was horrible and there were some dark, dark days, but I overcame, and so can you.”

Doctors and nurses comment in the video about the impact that the Nielsons had on the medical staff at the Arizona Burn Center. One doctor, Dr. Kevin Foster, speaks of the Nielsons and what he witnessed in their recovery.

“In addition to really being an unbelievably difficult physical and emotional journey, there’s also a spiritual journey that goes along with it,” Dr. Foster said. “A lot of burn patients with really large burns come out on the other end, not only back to normal but also with something special, something different. And I think that’s true for the Nielsons. And I’m glad that I get to be part of that and I’m glad that I get to see a glimpse of that and sometimes feel like I get a piece of that because it’s bigger than what we are.”