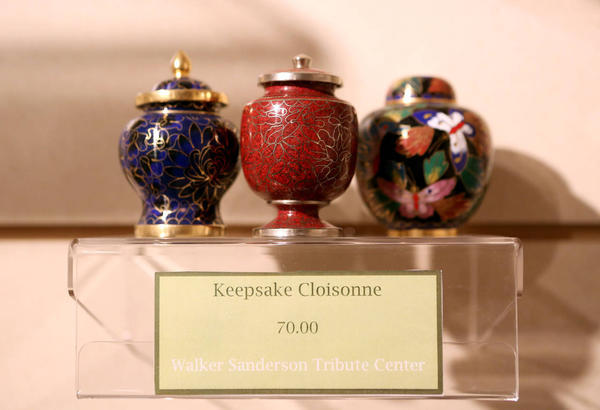 Among the knickknacks on the shelves of Pamay Bassey's home office in Chicago is small black urn with a gold motif standing next to a Bible written in Ibibio, a Nigerian language.

The decorative 2-inch container holds some of the cremated remains of her father, a Christian who had the rest of his ashes sprinkled into the Pacific Ocean in a private family service.

"A little part of me knows he wanted to have his ashes spread in his childhood home," Bassey said. "I figure at some point I will go back to Nigeria and kind of grant that last wish."

Bassey's experience represents the changing attitudes among religious Americans toward cremation, which is rising in popularity in the United States and Canada, according to the Cremation Association of North America. The organization's latest figures show a 9 percent increase in cremations from 2007 to 2012, and the trade group projects that by 2016 more than 55 percent of Americans will choose cremation when they die.

"Religion is among the top five trends driving the popularity of cremation," said Barbara Kemmis, executive director of CANA, with cost being the main driver.