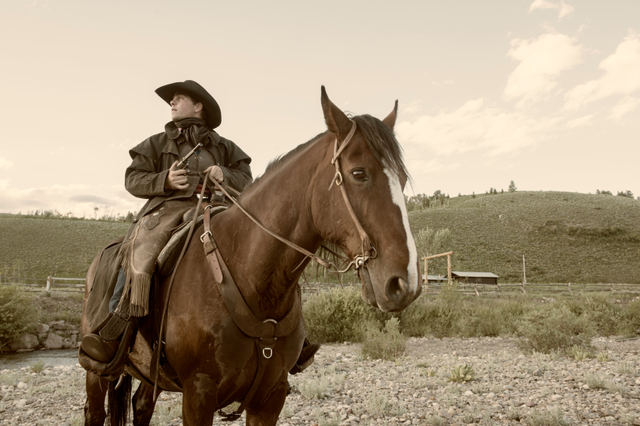 A Mormon outlaw? It seems like it should be an oxymoron. Latter-day Saints take pride in being honest, true, chaste, benevolent, and virtuous, and in obeying, honoring, and sustaining the law. Cassidy may have struggled with that last bit, but small things in his mild manner like a commitment not to drink alcohol or gamble ring familiar to practicing Mormons. He may have left the Church, but the influence of his Mormon upbringing never completely left him.

Born in 1866 in Beaver, Utah, as Robert LeRoy Parker to pioneers Maximillian Parker and Ann Campbell Gillies, Cassidy came from faithful Mormon stock. It is likely he was baptized into the Church at the age of 8, but by the time the time he was 13, he had stopped attending almost entirely. The posited reasons for his decline in faith range from blaming the example of his father who also only attended meetings sporadically to a brush he had with the law where he was unjustly accused and treated poorly by officials. Certainly, though, it was the influence of his friend and mentor Mike Cassidy that played the largest role. Whatever all the contributing factors were, Robert changed his name to protect his family and left home at 18 to become one of the most well-known bandits in the Old West.

But in between his famous train heists and bank robberies, Cassidy was an upstanding if unorthodox man. In one instance, he heard of a farmer facing foreclosure and graciously paid off the mortgage, delivering the deed to the man. The next day, he robbed the same bank for the exact amount he’d paid to get his money back. On another occasion, he recovered a horse stolen from 16-year-old Harry Ogden, who had spent his life savings on the animal. After confirming he had retrieved the correct steed, Cassidy ordered the bandit to leave the country, because there was no room for people who would harm a young boy.

Stories like these earned Cassidy the distinction of being a gentleman bandit and Robin Hood, a role with which he readily identified. Cassidy himself once wrote, “The best way to hurt them [those who take advantage of the poor] is through their pocket book. They will holler louder than if you cut off both legs. I steal their money just to hear them holler. Then I pass it out among those who really need it.” One of Cassidy’s known criminal associates, Matt “The Mormon Kid” Warner, described him as “a good-natured outlaw.” Commenting further, he added, “Though he was a dead-shot, Butch didn’t like pulling the trigger . . . . He was revered even among lawmen.” Indeed, throughout his lengthy career in the United States, Cassidy befriended many deputies and went to great lengths to avoid killing.

After fleeing to South America with longtime partner Harry “The Sundance Kid” Longabaugh, Cassidy tried to start a reputable ranch, but when times got tough he turned back to banditry to make ends meet. It is believed that he died in the spectacular Bolivian shootout depicted in the 1969 Robert Redford film, though there are many claims that he faked his death. Whether or not he died there remains a hotly contested debate to this day, but one thing we know for certain: despite his chosen profession and the vicious stereotypes associated with it, he was a man with his own moral code who was deeply affected by his heritage.