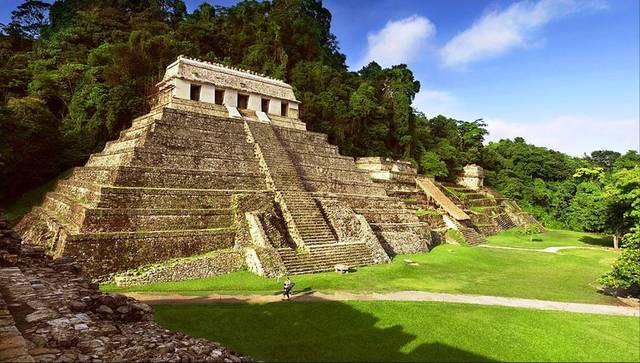 Central America: In the Glow of the Golden Plates

“….an allure incomparable with any place in the world.”

Though all countries and climes of the earth are wonderful to visit, there are some places around the globe I never tire of visiting. I have never stepped off the plane in Central America, took a breath of mountain or jungle air and failed to receive that initial swelling of excitement I first encountered twenty five years ago. I have wandered the paths, the rivers, and the back-country of Guatemala, Belize, Honduras, and Mexico with renewed passion year after year…….. The vibrant green backdrop of Palenque, the roof combs of Tikal’s pyramids displayed above the canopy, the quiet sanctity of Copan’s stone forest of kingly monuments, the secretive ruins of Yaxchilan reached only by river—the Mayan world—have an allure incomparable with any place in the world. The sweet smell of the jungle teeming with life and hidden temples promises an adventure I think few can resist. These all have felt my footfalls and I have stared into the still stone lidless eyes of ancient kings and pondered the decay of nations and their brief blink of power on the world’s stage of vanished empires.

This is the world I had pictured and peopled in that rich creative world of human imagination as I read the Book of Mormon as a boy. It became a part of my inner world when I first heard my mother read, “I Nephi having been born or goodly parents.” Yet, somehow the stories once recorded in the glow of golden plates seem more real, more intense, more deeply true against the backdrop of root-gripped ruins with their fading stuccoed palaces, crumbling terraced pyramids of grey and black covered with the runic mystery of hieroglyphic memory. The angry scolding voices of macaws, the deep-throated roar of howler monkeys, the warning hum of insects, the sweet-flowered scents of jungle green, the rising majesty of volcanic peaks stir and awaken the oft-repeated, oft-told tales, as though they were memories of events mine own eyes and witnessed.