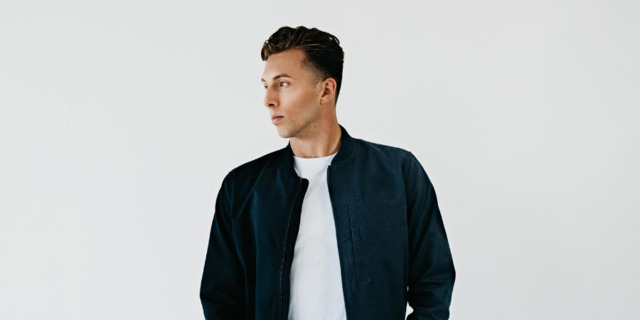 Charlie Bird answers, 'If there were a button that could make you straight, would you press it?'

The J. Paul Getty Museum in Los Angeles sits boldly over the hills of Santa Monica. The modern building boasts a myriad of fountains and soaring terraces that provide 360-degree views of the surrounding valley and hills. Inside, Western art from the Middle Ages to the present is displayed. Among my favorite pieces housed in the museum is a small collection of paintings by Claude Monet. The first time I saw a Monet was there at the Getty. I rushed into the room, beyond excited to finally see my favorite artist’s works in real life. I turned the corner and came face-to-face with the first painting on display.

When I looked at it from up close, it appeared almost slovenly. Disordered blots of color bled into each other. The hues mixed together to create dirty purples, pallid grays, and rusty browns. It didn’t make sense to me. There I stood, in front of a masterwork by the pioneer of French Impressionism—one of the most acclaimed artists to ever live—and it was . . . ugly?

As I backed away, however, a picture began to appear. The mottled colors reconstructed, and I visualized line, shape, and form. The blotchy, ugly colors soon revealed the facade of a beautiful cathedral. Shadows played upon the lower half of the building, while the spires bathed in the fresh, golden light of sunrise. To my surprise, the overall painting was a milky blue color. I was amazed by the way the painted canvas presented light and perspective. The stone walls of the cathedral seemed to dance in the suffused light of morning. What I originally saw as an unsightly crash of colors actually turned out to be a masterpiece. The Portal of Rouen Cathedral in Morning Light became one of my favorite paintings from that point on.

This experience taught me an important lesson on perspective. Looking at the big picture allowed me to appreciate how each muddled blotch of color came together to create a beautiful image. Just like with a Monet painting, when we focus too much on one aspect of our lives, sometimes we see ourselves as a dirty clash of colors instead of the masterpiece that we are.

I wrote in a journal every day throughout my missionary service, and continued the habit when I returned home. By the end of my first year back at BYU, I was thriving. I had been accepted into a competitive business program and was pursuing a second major in Spanish. I landed an exciting job working with my favorite humanities professor and started coaching youth at a tumbling gym. I received both academic and athletic scholarships, visited multiple new countries, and made amazing, spontaneous friends that would skip school to go hiking with me on self-proclaimed “long weekends.” I maintained a 4.0 GPA, traveled and performed with the Dunk Team, and secured a coveted practice spot with Cosmo the Cougar.

Even though I was more successful than I ever had been before, I stopped writing in my journal. I considered myself a failure just because I was gay. I was embarrassed by the thought of someone one day reading it only to realize what a disappointment I was. I defined my entire life by the one thing I couldn’t seem to get right. I didn’t see the man that aced exams, backpacked hundreds of miles, and did flips off railings. I saw only the boy that couldn’t sleep at night, doubted his beliefs, and cowered at the thought of an ambiguous future.

My cousin Rachel’s words when I came out to her the following year meant more than she will ever know: “This doesn’t define you.” In that moment, she helped me realize that I am more than my sexual orientation. Rachel had me take a step back and see myself for who I truly am, not just for the one aspect of myself I didn’t like. I’ve since learned that a healthy perspective for me is to appreciate and honor that I’m gay but not to obsess over it. Rather than give excessive weight to certain parts of who I am, I seek for balance. My life is fuller when others see me—and when I see myself—as a whole picture.

Being gay has greatly influenced who I am, but I am so much more than just gay. I am a son, a brother, an uncle, and a friend. I am an athlete, a dancer, a writer, and an extrovert. There are a multitude of labels and characteristics I use to describe myself. I’ve identified myself by where I’ve lived, the schools I’ve attended, the church I belong to, and the interests I have. All of these classifications are meaningful and help people catch a glimpse into important parts of my life; they come together to paint a more holistic picture of who I am. Each label is relevant, but they can all be encapsulated in my most important identity—a child of God.

Developing healthy perspectives isn’t always easy. Sometimes it means going against thought patterns I have hewn to for years. Stepping back, reframing, and looking at life from new vantage points takes patience and practice, but it has led me to more peace and heightened understanding.

One day I received a phone call from Parker, a friend who was struggling to reconcile his faith with his orientation.

“I feel like I’m being torn apart,” he said with a trembling voice. “It’s like—like there are two pieces inside of me that are in continual conflict. I’m constantly being pulled in two very different directions. I’m a walking paradox. I hate it. I hate who I am.”

“I don’t know how much longer I can live with my mind, heart, and soul in this constant state of war,” he continued through tears.

I paused for a moment and considered the hurt he felt. Hearing my friend talk about himself this way broke my heart. He was unable to see his worth. I knew the magnitude of his feelings—I had spent years with similar thoughts, wondering how long I could last while I felt I was constantly being ripped in two. I don’t think there is a gay Christian alive who hasn’t felt a similar way. I sat with him in his pain, validated his feelings, and expressed my love and appreciation for who he is.

“Parker,” I said after a while, “what if you could reframe the way you see yourself?”

“Yeah, you’re a paradox—but what if being a paradox isn’t a bad thing?” I continued. “What if you could look at being gay not as a divergence of two worlds, but a convergence?”

“I guess I don’t know what you’re saying,” he replied, sounding puzzled. “How could this possibly be a good thing?”

“Imagine if you could rewrite your dissonance as harmony,” I said. “Like yin and yang, two parts of one whole. The forces that you see pulling you apart are both important aspects of who you are. Being gay and being a child of God aren’t mutually exclusive, because they exist simultaneously in you.”

Silence prevailed on the other end of the phone. I could tell my friend was deep in thought.

“I wish I knew how to say it better,” I replied honestly. “It’s so hard to put into words.”

Parker then surprised me with an interesting question: “If there were a button that could make you straight, would you press it?”

His inquiry was strikingly similar to a question I had been asked in a podcast interview just a few weeks prior. Both then and now, I knew my answer immediately.

“I feel like pressing the button would irrevocably alter who I am,” I said. “If I were straight, I don’t think I would be me anymore.”

“You wouldn’t press it?” he asked for clarification.

I shared with Parker some of the impressions I’d received from seeking heavenly guidance concerning my identity. I explained how I feel that for me, being gay is connected to who I am on a much deeper level than what the world sees. I reminded him that a same-gender orientation isn’t embarrassing, and has nothing to do with sin or sexual activity. I told him how the two seemingly opposite, contrary forces inside me often feel complementary and interconnected. I explained how, over time, I have seen great blessings that have stemmed from me being gay.

“Parker, if I had that button, I would destroy it,” I said frankly.

“I believe God created me intentionally,” I continued. “I’m not ashamed of who I am, and I trust that God has a plan for me. Besides, gay or straight, I feel the most important thing is that I’m striving to become more like the Savior. I have felt healthier and much closer to Him as I’ve learned to accept who I am rather than wish I were different.”

I’d thought the words before, but I couldn’t help but notice how certain and happy I felt as I said them out loud. For me, seeking heavenly guidance and reframing the way I see myself has resulted in a paradigm shift in my happiness. I’m grateful the Spirit has helped me hold on to and honor both parts of who I am, even though the world often suggests they are contradictory.

I used to think I had to pick a side. In my binary mindset, I looked at the intersection of my faith and my orientation as an issue of “good and bad,” when in reality it was an issue of “me and me.” I let the false idea that there were only two ways to live completely blind my agency and my trust, in both myself and in the Lord. This binary mindset only heightened the sense of division I felt within myself. I was so focused on two different sides that I wasn’t able to see the beauty in being a paradox, or the way that being gay and being a faithful child of God can both wholly occupy the same space.

I have been much happier as I’ve begun to recognize and avoid divisive traps of black-and-white thinking. Holding on to and loving these two important aspects of who I am gives me the ability to be creative and exercise my remarkable, God-given capacity to process complex thoughts and feelings. I stretch myself and grow as I take on uncharted territory. I learn from mistakes, set boundaries, and use the Savior’s Atonement to become better than I once was. I feel like that’s how life is supposed to be—learning and growing as I go. As I pray for direct guidance on how to honor my orientation, I am slowly discovering more about my relationship with God and His plan for me.

Charlie Bird—the viral face of BYU during his years as Cosmo the Cougar—made waves across the nation when he came out and revealed to BYU fans that he is gay. Now, in Without the Mask, Bird reflects on how his identity has strengthened his testimony and how he views his sexual orientation in conjunction with his faith in Jesus Christ. Now available at DeseretBook.com.