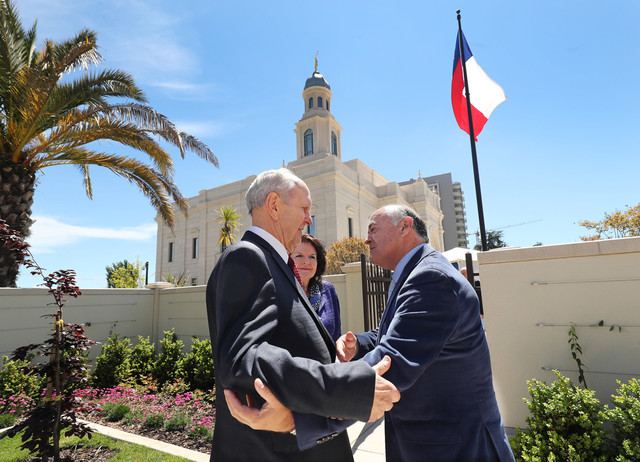 "The church is a very good member of the community," Concepción Chile's mayor, Alvaro Ortiz, said. "It extends its arms into places the state can't go. The social work of the church is very important here. We recognize their great work. They absolutely and totally make a difference in neighborhoods that need it most."

On the eve of the dedication of the new temple here, community and political leaders called it a symbol of the larger impact of The Church of Jesus Christ of Latter-day Saints in the area.

They described the church's charity work, voluntarism and other contributions and said they are welcomed in this city of 225,000. So is the Concepción Chile Temple, the faith’s second in the country.

"It's an enormous honor to have this temple in our city," said Sen. Jacqueline Van Rysselberghe, the city's former mayor. "As I have met members of the church throughout Concepción, there is a common thread: They have a deep love of service. I have found that members of the church are always willing to come forward and serve other people.