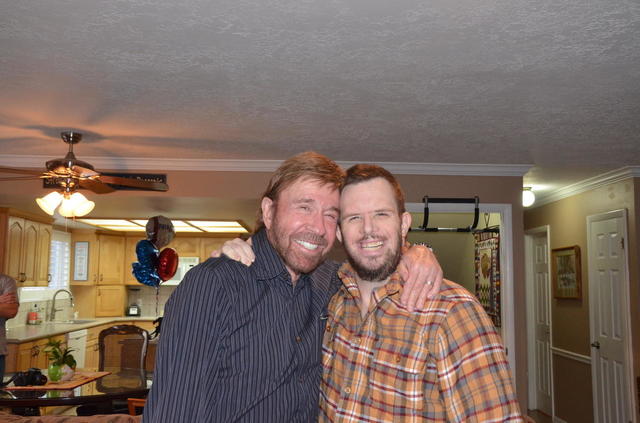 “You hear a lot about celebrities and how difficult they are. You don’t get to see the other side," said Judy Parry after Chuck Norris came and visited her son. "I thought they might have their PR people with them, taking pictures and following them around. But they wanted no publicity, no photos, no attention. They didn’t want anything; just to make a boy’s dream come true.”

As afternoon was edging toward evening a week and half ago, a black SUV pulled into the driveway at the home Judy Parry shares with her son Mark.

Walker, Texas Ranger, got out.

He rapped on the door, just like in the TV show, crouched and ready for whatever was on the other side of the door.

And Chuck Norris gave him a big hug.

Mark Parry wasn’t dealt an easy hand in life. He was born 33 years ago with Down syndrome. Two years ago his dad, Rick, died of cancer. Two months ago Mark was diagnosed with gastrointestinal cancer. It’s at stage four. He has two to six months to live.