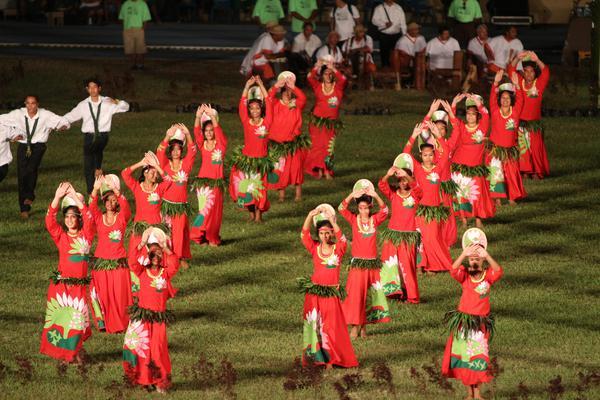 South Pacific Mormons, proud of their Polynesian heritage as well as their membership in The Church of Jesus Christ of Latter-day Saints, recently commemorated the 1844 arrival, from the United States, of the faith’s first missionaries, Addison Pratt, Noah Rogers and Benjamin Grouard, in French Polynesia on 23–24 May 2014.

During the last part of May, Latter-day Saints of all ages ran, walked and biked in a torch relay around the entire island of Tubuai, a distance of about 43 miles.

The torch was passed from one participant to another, until it landed in the hands of the oldest Latter-day Saint in all of French Polynesia, 99-year old Doyenne Hoffmann.

The torch relay represented the responsibility the Polynesian Latter-day Saints feel to pass the gospel of Jesus Christ from generation to generation.

A cultural night on the island of Takaroa started with a depiction of the first missionaries of the Church coming to the Pacific and depicted the early converts’ gratitude toward Addison Pratt for bringing the gospel of Jesus Christ to the islands of Tubuai and Takaroa.