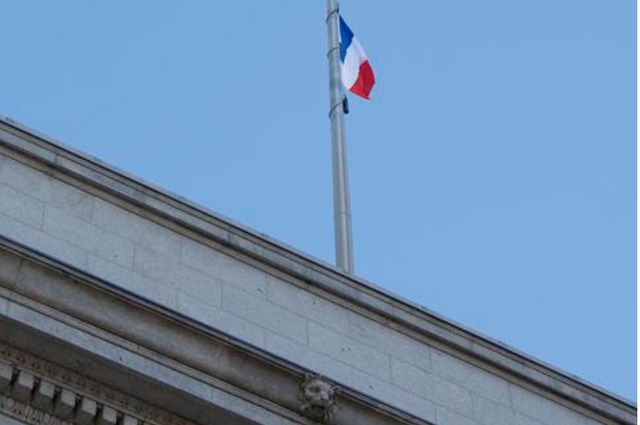 In the wake of the six simultaneous terrorist attacks that left at least 129 dead and 352 injured in Paris, France on Friday the 13th, the First Presidency made an official announcement saying it would fly the flags over Temple Square at half staff. In addition, they determined "that the French flag be flown here as an expression of our love and support for them."

► You'll also like: 5 Things to Know about the Church in France 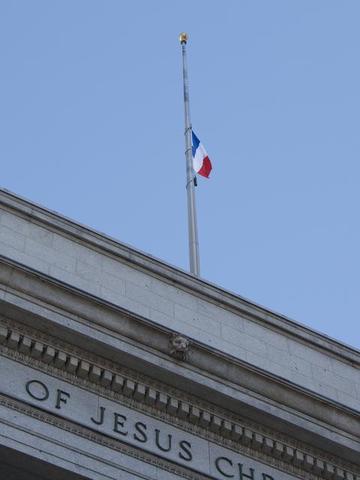 The First Presidency also called for Church members to join them in praying for those in France, saying:

"With people around the world, we mourn today as we consider the horrific tragedies that have occurred in Paris. We pray for those affected, for their families and loved ones, for the leaders of nations and most especially for the people of France as they struggle to recover from the violence and loss they are feeling so deeply. We have directed that flags on Temple Square be flown at half staff, and that the French flag be flown here as an expression of our love and support for them. In these hours of uncertainty and despair, we ask members of the Church everywhere to join with us in our prayer that the peace of the Savior Jesus Christ will provide comfort, healing, understanding and hope."

In addition, the President of the Europe area emphasized uniting in sympathy with others around the world, saying:

"During these hours of sadness and pain, members of The Church of Jesus Christ of Latter-day Saints in Europe stand united with all people of decency and good will in expressing our deepest sympathy for the families and friends of the victims of last night's terrible attacks in Paris. Our thoughts and prayers reach out to hearts that have been hurt and minds in trouble and despair."

Other Latter-day Saints in Paris at the time of the attacks have begun sharing their stories of confusion and fear following the attacks.

This unprecedented terrorist attack on France--the worst violence the country has experienced since World War II--included mass hostage-taking, a shooting rampage, and explosions. Police say that about 100 hostages were killed at a concert venue after a two-hour standoff, and perhaps dozens more were killed in seemingly coordinated attacks outside a sports arena and several popular night clubs.