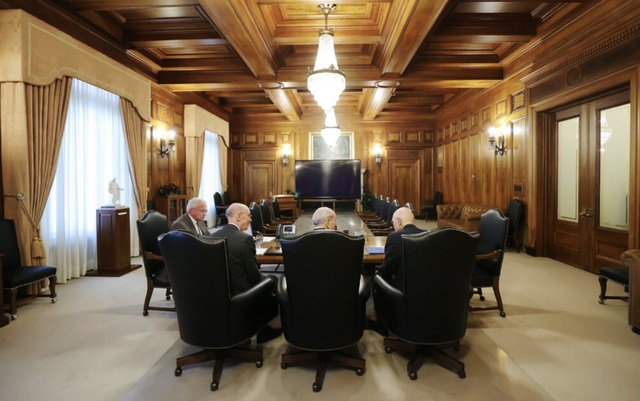 A new four-part series from the Church News highlighting the essential role of councils in the Church gives a look inside meetings in the Church Administration Building like you have never seen them before. In the first part of the series, readers get a glimpse into the weekly First Presidency meeting attended by President Russell M. Nelson and his counselors, President Dallin H. Oaks and President Henry B. Eyring.

President Oaks and President Eyring both share unique personal experiences observing the power of councils in leadership. They also discuss the beauty of coming to an agreement within a council after initially approaching the issue with different viewpoints.

“Every time an issue comes before the First Presidency, it’s fun to see he and I come at it slightly differently,” President Eyring said of President Oaks. “I know he has been a judge, and a great lawyer, and he’ll see some things that I can’t see. … He will often say after meeting, ‘Well, we came at it differently, and we came out together at the end.’ . . . It may not be the view that he or I had to begin with. It may be a joint thing that we’ve seen together.”

Read more on the Church News.