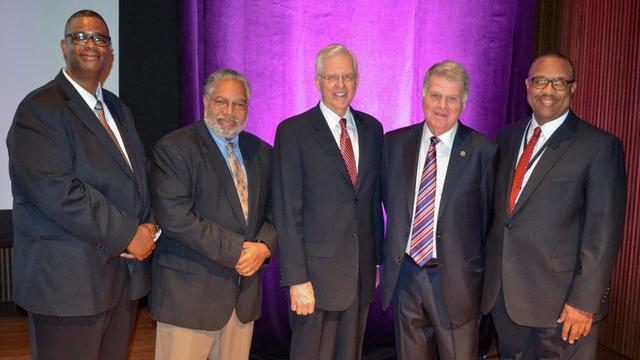 FamilySearch International, the world’s largest genealogy organization, has given a newly indexed database of the historic Freedmen’s Bureau Records to the Smithsonian National African American Museum of History and Culture in Washington, D.C. The database contains genealogical information of freed African Americans after the Civil War.

Elder D. Todd Christofferson of the Quorum of the Twelve Apostles of The Church of Jesus Christ of Latter-day Saints presented the database on a flash drive to museum founding director Lonnie Bunch in front of an audience of congressional leaders, genealogical experts and volunteers who were key to the project’s success. The event took place at the museum Tuesday morning, December 6, 2016.

“I can think of no better way to honor the unprecedented commitment of these volunteers, as well as the bravery and resilience of those whose names have now been found on these records, than to have this database symbolically housed at the National Museum of African American History and Culture,” said Elder Christofferson.