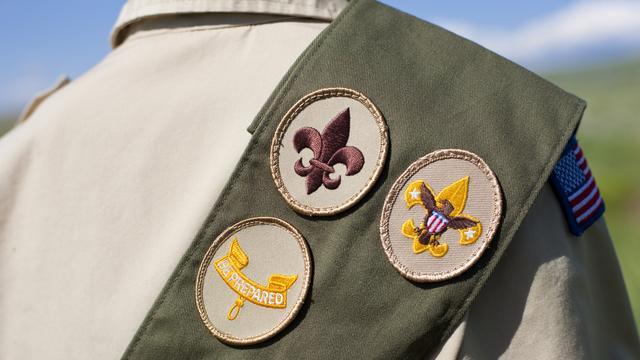 Giving context to the discussion, he said, "I remind you of the recent debates we have seen in places like Indiana and Arkansas over discrimination based on sexual orientation, not to mention the impending U.S. Supreme Court Decision this summer on gay marriage."

Noting that several BSA chapters are in open defiance of the policy, he explained, "The status quo in our movement's membership standards cannot be sustained. We can expect more councils to openly challenge the current policy." Instead of revoking these chapters' charters, Gates suggested that doing so not only would deprive thousands of boys from the benefits of scouting, but that such a position would make the BSA "vulnerable to the possibility the courts simply will order us at some point to change our membership policy." This, he said, would likely happen "sooner rather than later."

"Charter partners--units sponsoring organizations--[could] determine the standards for their scout leaders. Such an approach would allow all churches, which sponsor some 70% of our scout units, to establish leadership standards consistent with their faith. We must, at all costs, preserve the religious freedom of our church partners to do this. Our oath calls upon us to do our duty to God and our country."

No changes will be made, however, until the BSA executive committee, their national executive board, and legal counsel can "determine our responses and our best strategy."

In response to these remarks, the Church released the following statement:

"We have noted the comments by Boy Scouts of America President Robert Gates in relation to possible policy changes in the Boy Scouts of America. The Church of Jesus Christ of Latter-day Saints will, of course, examine any such changes very carefully to assess how they might impact our own century-long association with the BSA."