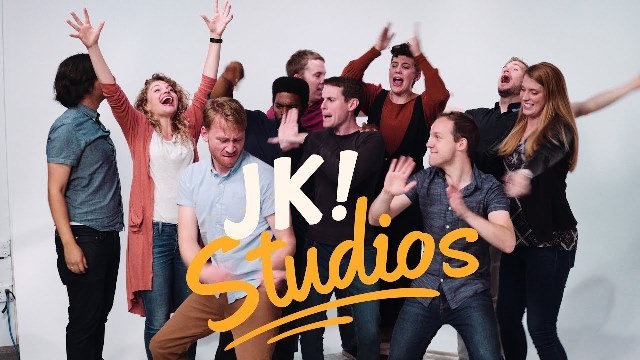 Comedians of JK! Studios Talk Humor + Plans and Goals for the Future

Big changes often require big faith. That’s definitely the case for the original 10 cast members of BYUtv’s Studio C who recently announced a very big change. After nine seasons of bringing hilarious, family-friendly sketch comedy to the homes of millions, they have chosen to leave the show and start a new endeavor together—JK! Studios.

I had the chance to talk with a few of the JK! Studios founders about this new project and the role humor and faith has played in their lives before and throughout this transition into this new and exciting part of their lives.

“JK! Studios is a family-friendly digital comedy network,” explains cast member Stacey Harkey. “Where Studio C was one show, with JK! Studios we’re going to be rolling out five shows in January and then more throughout the year.”

Studio C has played an integral role in the lives of the original cast members, solidifying their friendships, honing their skills, and providing the breeding ground for courage to turn their collective dream into reality. “We’ve left the nest and are ready to spread our wings,” says Adam Berg. “Sketch [comedy] has been a lovely home for us for so long, but it’s time to do more, try more, fail more, and hopefully do things that will bring our fans much more joy all around.”

► You'll also like: The Ultimate Guide to Studio C: Everything You Wanted to Know About the Cast and the Show

Bringing joy to as many people as possible is the end goal for the group. “I hope that JK! Studios is a source of brightness to anyone, regardless of their membership in [our] faith,” offers Stephen Meek. “I hope it broadens people’s understanding of what comedy can be and how it can be made, and that, over anything, it just makes lives and burdens everywhere a little happier and lighter.”

Humor has the power to lighten loads, brighten the darkest days, build bridges, strengthen the weak, and give hope. It can give us room to breathe when difficult times seem suffocating, and the team at JK! Studios has learned this through experience. “If I could laugh during something it immediately made me not feel like everything was ending” shares Whitney Call, who is married to cast member Stephen Meek. “There was a moment when I was grieving over a loved one’s death and, while listening to sad songs in the house, Stephen fell out of a tree outside and was screaming my name. It was a very sad time [with my loved one’s death], but when I saw Stephen lying on the ground—not badly hurt, mind you—it was a much needed moment of laughter.” 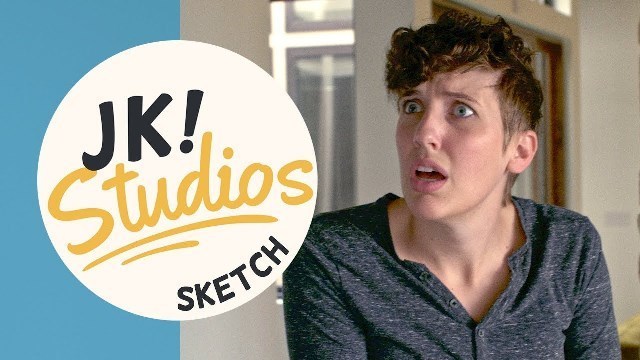 Comedy also helped Harkey deal with the divorce of his parents. “I really dove into watching standup comedy, and I loved it. Humor is something that has helped my family stay close. We don’t always agree about everything or see eye to eye, but we all laugh at a good joke.”

“Any time I get stressed, comedy reminds me to stop taking my situation so seriously,” says James Perry. Meek adds, “I think [humor] should be present virtually everywhere. There’s a lot of exclusionary/bullying comedy in the world, so we very much need to be okay with accepting and providing as many sources of comedy as possible. I think that immediately opens us up to more human relationships with people outside our faith.”

Humor helped Jason Grey when he moved to a new school district where friends were hard to come by and he was sometimes bullied. He used to quote lines from some of his favorite comedies and remembers, “One of the bullies stopped tormenting me after we found similar taste in movies.”

The power of laughter not only lifted some cast members in hard times but is what changed the direction of one of their lives in the early years of Studio C. Harkey was planning on getting his undergrad and going into law school. “When we started Studio C,” he recalls, “I was constantly beating myself up for doing a job that wasn’t doing much for humanity or making the world a better place. And then the letters started coming in. Letters about children with terminal illnesses finding relief in our sketches became common. Stories about the devastating loss of a loved one being alleviated by silly sketches found their way into our hands. Accounts of families coming together and strengthening bonds due to a night sitting around the TV re-watching our sketches became something we heard often from our fans. It made me realize that humor can do more than entertain. It can heal, strengthen, and empower us and our families.”

► You'll also like: What You Didn't Know About the Cast of "Studio C" + Their All-Time Favorite Videos

But humor hasn’t just helped the cast in their personal lives. It has also helped them deal with the negative criticism that comes with their growing spotlight. Grey took it more personally in the beginning, but, he says, “After a while you just learn to do your best and forget the rest. . . . No matter how bad my sketches are, my mom still loves me.” Natalie Madsen takes a different approach and chooses to not read comments, saying that “You need to know why you’re creating what you’re creating. If it’s for outside approval, I’ll never be happy.”

Faith to Move Onward and Upward

Still, leaving the stability of a show they’ve worked on for ten seasons and that has brought steady paychecks to pursue a new dream wasn’t easy. It took faith and prayer. “It’s the only reason I felt good about doing it,” comments Perry. “There was no way to figure everything out and plan every detail enough to feel like I had control over my future. All I had was faith and belief that we would figure it out with God’s guidance.”

This faith is helping the cast maneuver through uncharted waters as they build their network, which will begin airing original programming in January of 2019. Meek shared, “There has been such a sense of calm and spirit of direction to the whole process that I can hardly put into words. Whitney and I often say we’ve lived through multiple Red Sea miracles, and I sincerely hope that prayer and inspiration continue to give us that sense of assurance, even in the face of uncertain futures.” 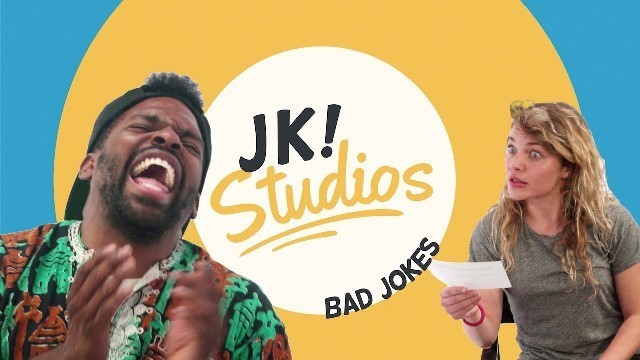 Madsen’s faith has always been her guiding light. “It helped me have a center and try to be a good person,” she says. For Perry, his faith helped him make better decisions because, he says, “I believed God would keep His promises. And He always has.” Meek’s faith led him to Church activity, college, and a mission. “Perhaps more than anything, the development of my faith has given me a sense of humility in knowing the small part I play around the world and how one of my chief aims should be bettering the lives of those around me,” he says. Call says, “We’re hoping (JK! Studios) will become a huge digital network of shows from every genre of comedy—sitcoms, reality, podcasts, sketch, everything! And it’ll all be safe for the whole family. Eventually, we want to bring in other creators who have the same vision we do and become the hub for quality comedy. It’s a big dream that’s starting to take shape.”

Faith without works is dead, and at JK! Studios, the same principle applies. “I think a lot of people think it’s a lot of goofing around and getting lucky,” shares Madsen. “We work hard, put in 12-hour days, and try to always improve our craft.” That work goes on not only on-screen but also off-screen as the cast also writes the material they perform.

Working that closely might take a toll on some friendships, but the group is determined to only let it bring them closer. “I feel very lucky to work with my closest friends,” Berg says. “We have been through a lot, relied on the Lord through very difficult times, and will continue to do so as we work to build our new company.” Berg stands by the best piece of advice he’s received: “People are more important than things.” The bedrock nature of their friendships is proof of that. 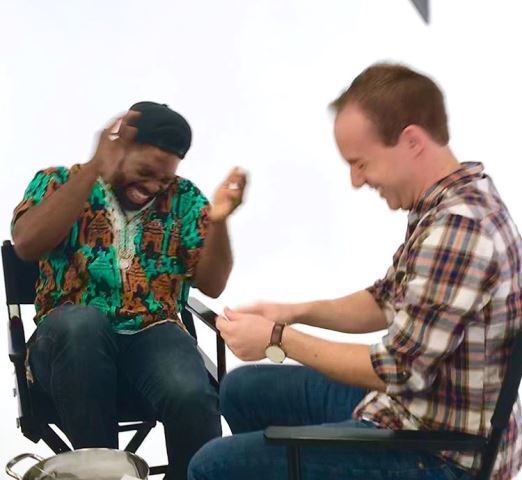 It is a big dream—one that is different from a lot, if not most, of the entertainers out there—to bring clean humor that people of all ages will love. Though their content won’t be religious in nature, it will be uplifting. “I think it’s fun and challenging to be in the comedic minority,” says Grey. “But it’s also a cool spot to be in. If we did what everyone else did, I doubt people like Conan O’Brien would have noticed us. It used to be that [comedians] had to go extreme to stand out. Now it’s the [comedians] who go clean stand out.”

► You'll also like: Why a Jewish Senior Producer for "The Daily Show" Made a Documentary About Studio C (+What She Learned About Latter-day Saints)

“There are a lot of smart people out there,” offers Call, “and I think as the internet lets more and more people’s voices be heard, we’re starting to realize that most people don’t want cheap content, comedic or otherwise. We want things [like support from fans] to be earned, and we want to feel rich and satisfied after we’ve viewed something. I think people are catching on to that and are trying to make content that does that. I feel blessed to be riding that wave already because of my beliefs, but I think we’re scratching the tip of a very sought-after market that will start blooming in the next few years.”

JK! Studios’ content will be available in an all-digital on-demand platform on their YouTube channel, Instagram, Facebook, and Snapchat so that viewers can easily control what they watch and share. They will never charge for their content, as their desire is to make it available to as many people as possible, though they can be found on Patreon for those who want to support their work*. 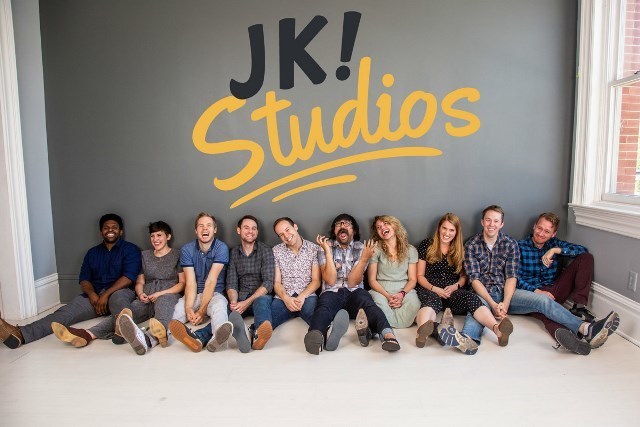 What does JK! Studios mean to the friends?  Berg says for him it is “A bunch of potential. Hopefully we can live up to it.” To Call, it is “a blank canvas where I can work with my friends to make everything we’ve ever wanted to make.” And for Meek, it represents “a big, bright, beautiful future.” It’s clear to see that the entire team has high expectations and hopes for the future. And, as Madsen concludes, “We’re gonna have some fun!”

All pictures from JK! Studios

* For more information and the opportunity to support JK! Studios, visit their patreon page, where you can become a patron and receive bonus content and perks like early access to videos, exclusive behind-the-scenes videos, access to their monthly Q&A live streams where you can ask them anything, and special merchandise available only for patrons. 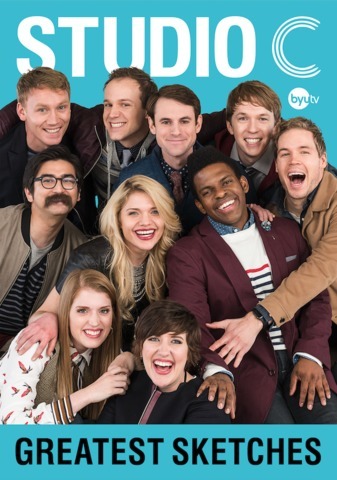 One of BYUtv's most popular original series, the sketch-comedy show Studio C brings you memorable characters like Scott Sterling, the Bisque Man, and the Awkward Avoidance Viking. Join the cast—including Whitney Call, Mallory Everton, Stephen Meek, Jason Gray, Matt Meese and more—in this specially curated collection of the most greatest, most popularest, most funniest sketches from over seven seasons of Studio C! Available at Deseret Book stores and deseretbook.com.

Michelle Wilson is a wife, mom, best-selling author, and popular Latter-day Saint inspirational speaker. She speaks and writes to women and young women, striving to help them access confidence, peace, and joy as they strengthen themselves and their relationships with God and others. She is the author of A Perfectly Imperfect Mom, The Beautiful Balance: Claiming Personal Control and Giving the Rest to God, and Does This Insecurity Make Me Look Fat?