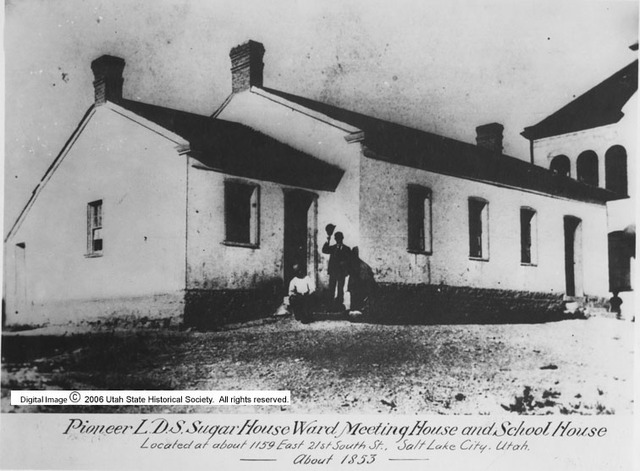 Confessing sins at ward meetings, forgiving thousands of debts, and 8 other tidbits about Church history found in the second volume of ‘Saints’

Editor's note: "Scenes from Saints" is a series of articles highlighting interesting facts from Saints volume 2. This is the fifth article in the series.

Articles will be posted weekly during November and December 2020. You can purchase both volumes of Saints through Deseret Book or read and listen to the volumes on the Gospel Library app under the “Restoration and Church History” section.

Saints, Volume 2: No Unhallowed Hand, is chock full of the good and bad that came with settling in Utah and living a new religion, covering everything from building temples and growing missionary work to struggles with plural marriage, details surrounding the horrifying events of the Mountain Meadows Massacre, and glimpses into the lives of members from Europe to the islands. Here are 10 interesting facts about the early days of the Church that are found in 'Saints' volume 2.

1. The Mormon Battalion was instructed to wear their temple garments if possible. 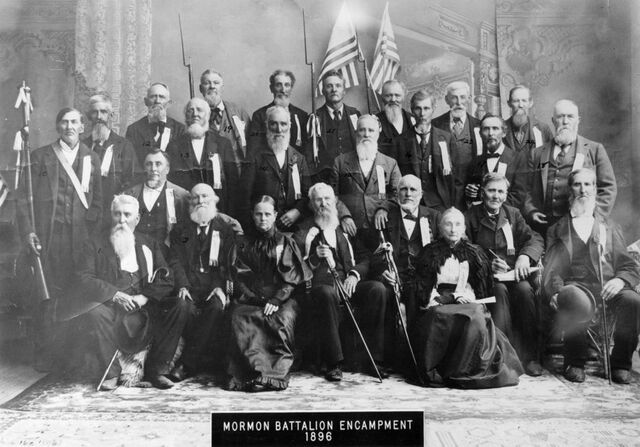 “Three days before the battalion marched off, Brigham Young spoke to its officers. He counseled them to keep their bodies clean, to be chaste, and to wear their temple garments if they had received the endowment. He told them to behave honorably toward the Mexicans and not to dispute with them. ‘Treat prisoners with the greatest civility,’ he said, ‘and never take life, if it can be avoided.’”

Read more about the Mormon Battalion in chapter 3.

2. Some members of the Quorum of the Twelve did not believe a new First Presidency should be created after Joseph Smith’s death.

“On November 30, Brigham finally spoke to the quorum about reorganizing the First Presidency, certain that it was the Lord’s will to move forward. Orson Pratt immediately questioned the need for change. ‘I would like to see the Twelve hold together perfectly and unitedly,’ he said.

“Orson believed that the Twelve could lead the Church in the absence of a First Presidency because a revelation had declared the two quorums to be equal in authority. The prophet Joseph Smith had also taught that a majority of the Twelve could make authoritative decisions when a full quorum was not present. For Orson, this meant that seven apostles could stay at Church headquarters to govern the Saints while the remaining five took the gospel to the nations.

“Brigham listened to Orson, but he disagreed with his conclusion. ‘Which is better,’ Brigham asked, ‘to untie the feet of the Twelve and let them go to the nations, or always keep seven at home?’

Read more about the reorganization of the First Presidency and Quorum of the Twelve Apostles under Brigham Young in chapter 6.

“Brigham then bore witness of the Lord’s revelation to Joseph Smith on eternal marriage, testifying that God still revealed His words to the Church. ‘If it was necessary to write them, we would write all the time,’ he said. ‘We would rather the people, however, would live so as to have revelations for themselves, and then do the work we are called to do. That is enough for us.’”

Read more about personal revelation and this statement in chapter 10.

4. Members used to confess their sins at ward meetings.

“To encourage righteousness, Church leaders admonished the Saints to confess their sins publicly at ward meetings. In a letter to Joseph, Mercy wrote about Allen Huntington, one of the young men who had helped carry handcart emigrants across the Sweetwater River. Allen had always been a wild young man, but shortly after the handcart rescue, he stood up in the Sugar House Ward, acknowledged his past sins, and spoke about how the rescue had changed his heart.”

Read more about this practice in chapter 17.

5. There were plans to make a Seventies Hall of Science as well as a theater in the early days of the Church. 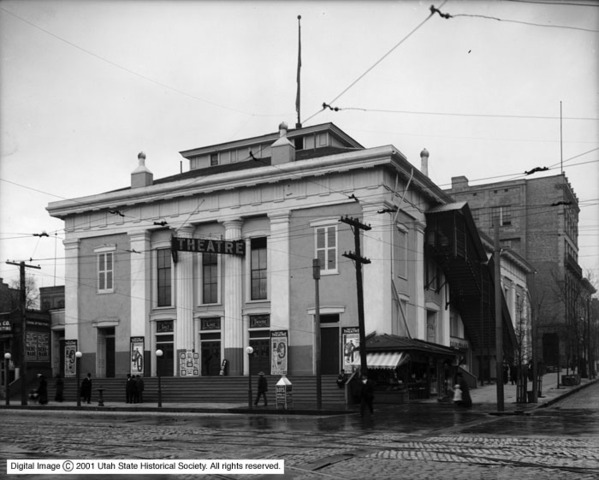 “Though Brigham believed in the value of work, he also encouraged the Saints to rest and enjoy life. ‘The people must have amusements,’ he declared. He believed that recreation and physical exercise were important to both body and soul.

“To pay for the theater, Brigham diverted funds from a stalled construction project, the Seventies Hall of Science. The theater project received additional funding that summer when the U.S. Army troops stationed in Cedar Valley were summoned back east to fight in the Civil War. Before the soldiers departed, Brigham sent Hiram Clawson, his son-in-law and manager of the new theater, to purchase some of the army’s iron, livestock, dry goods, and other materials at a bargain. Brigham then sold these items at a higher price to fund the construction of the theater.”

Learn more about the construction of the theater and the Salt Lake Temple in chapter 21.

“In other Sanpete settlements, Brigham encouraged the Saints to embrace a more cooperative economic system. Two years earlier, a nationwide depression had hurt Utah’s economy. Several cooperative stores and industries in the territory had weathered the financial crisis, however, strengthening Brigham’s belief in cooperation.

“Since then, he had called on Saints to live like the ancient people of Enoch, who were united in heart and mind and had no poor among them. The system, known as the United Order of Enoch, called to mind the Lord’s revelation on the law of consecration. Members of the order were to provide for one another like a family, freely contributing labor and personal property to promote home-grown industries and improve the local economy.

“Many Saints had already organized united orders in their communities. Though the orders differed from one another in structure, they shared the values of economic cooperation, self-sufficiency, and simplicity.”

Read more about Brigham Young’s attempt to establish cooperation among the Saints in chapter 28.

7. Waltzes, which were popular among the youth of the Church, used to be disapproved of and were not often allowed at Church dances. 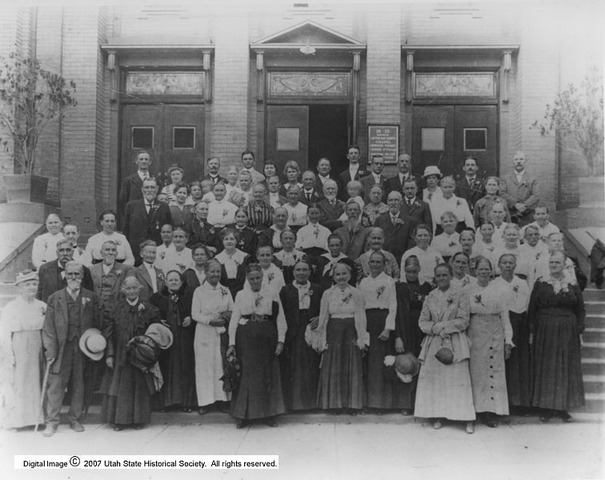 Image of the Twelfth and Thirteenth ward Sunday School classes from the Utah State Historical Society.

“[Heber Grant] had misgivings about Bishop Woolley’s request [for him to organize his ward’s party]. ‘I will do my level best,’ he said, ‘but you must guarantee, if it doesn’t pay, to put up the difference.’

“[Heber Grant] explained that young people wanted to attend dances where they could waltz. The popular dance involved partners holding each other close while spinning around the dance floor in a large circle. Although some people considered the waltz to be less proper than more traditional quadrille dances, Brigham Young was known to allow three waltzes per party. Bishop Woolley disapproved of the dance, however, and had prohibited it at Thirteenth Ward parties.

“‘Well,’ Bishop Woolley said, ‘you can have your three waltzes.’”

Read a funny story about Brigham Young’s reaction to Heber’s dance in chapter 28.

8. On its 50th anniversary, the Church forgave thousands of debts.

“In 1880, the Church celebrated its fiftieth anniversary. Recalling that ancient Israel held a Jubilee celebration every fifty years to forgive debts and free people from bondage, President John Taylor canceled the debts of thousands of poor Saints who had gathered to Zion with money borrowed from the Perpetual Emigrating Fund. He asked Saints who owned banks and businesses to cancel some of the debts owed them, and he urged Church members to donate livestock to the needy.

“He also asked Emmeline Wells, the president of the Relief Society’s grain committee, to loan bishops as much wheat from Relief Society granaries as they needed to feed the poor in their wards.”

Learn more about these celebrations in chapter 32.

9. There used to be a Brigham Young College in Logan.

“That spring, nineteen-year-old John Widtsoe celebrated his graduation from Brigham Young College in Logan. At the commencement ceremony, he received special recognition for his excellence in rhetoric, German, chemistry, algebra, and geometry.”

Learn more about John A. Widtsoe in chapter 41.

10. Some Saints strongly objected when the Relief Society board planned to hang a large portrait of Emma Smith in the tabernacle during a Salt Lake City jubilee. 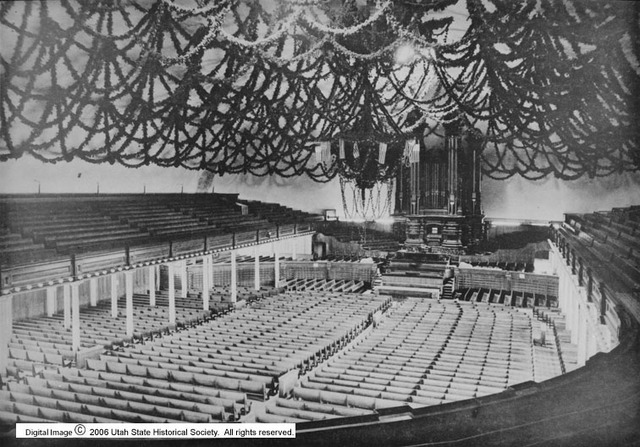 “The Relief Society board planned to hold the Salt Lake City jubilee in the tabernacle. For decorations, they wanted to hang large portraits of Joseph Smith, Emma Smith, Eliza R. Snow, and Zina Young behind the pulpit.

“Since Emma Smith, the first president of the Relief Society, had stayed in Illinois and joined the Reorganized Church of Jesus Christ of Latter Day Saints, some people believed hanging her portrait in the tabernacle was inappropriate. When debate grew intense, Zina asked President Wilford Woodruff his view on displaying the portrait. ‘Anyone who opposes it,’ he said, ‘must be very narrow-minded indeed.’”

Learn more about this jubilee in chapter 42.