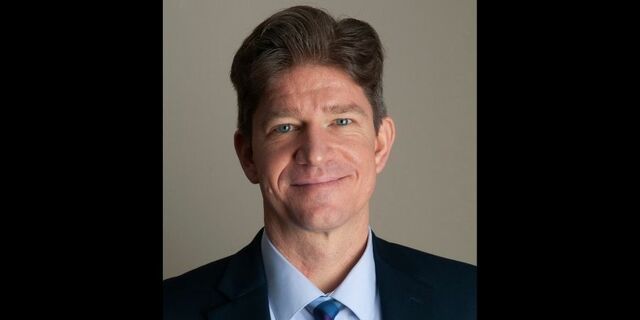 Could ‘faith-promoting stories‘ be dangerous? Director of Church History Library says they might be

We’ve all heard them—stories that are widely circulated without a known origin that are frequently told over the pulpit. They are told and retold in hopes of building faith, but is it possible that these stories could be dangerous? On this week’s episode of All In, Keith Erekson, director of the Church History Library and author of the new book Real vs. Rumor, issued a word of caution regarding stories we hear and assumptions we make in relation to faith-promoting stories.

Listen to the episode here or in the player below. You can also read a full transcript here.

Morgan Jones: Keith, I wanted to ask you, I’ve recently had a conversation with a couple of my friends, and we were talking about this story that I think is frequently shared. And I started trying to do some of the things that you talk about in [your] book, to try to figure out if there’s any basis for this story, if it’s ever been shared, you know, by a legitimate source, and I was unable to find anything. And I’m wondering if you know of any kind of basis for this. It’s the story where people talk about somebody getting in a car accident and wearing their garments, and because they were wearing their temple garment, they were unharmed where they were wearing their garments. Do you know of any basis for that story?

Keith Erekson: You know, I don’t. And let me explain a couple of the qualifications about that. The stories that I use in the book are stories that I could find some factual or historical or evidence-based way to analyze them. There are many, many stories that don’t work that way and within professional distinctions, typically things that don’t have any real evidentiary base are described as folklore, and things that do get categorized as history.

Now, that's an oversimplification and there's lots of crossover. But many times, the avenue of study in folklore studies is to study the tellings of [stories] and how they’re told and retold and how they multiply over time, how they vary over time. In the study of history, we are looking for sources, and in particular, we're looking for something we call corroboration. So it’s okay if one person says something. Can we corroborate that? Can we find other examples? So, I do know of examples of individual people reporting something like that.

► You may also like: 3 Times Following the Spirit Saved Bill Marriott's Life

I think the most famous, the most prominent was Bill Marriott was interviewed on TV and told a story, not about a car accident but about a boat accident, with the same kind of a fire and not being harmed. So, as a historian, my approach would be, you know, can we corroborate that? Can we verify that there was a boat, that it caught on fire? Were there other people there? It's nice when a person tells a story, but what else can we do? Most of the time, these stories, though, aren’t attached to a name. It’s, “Well, I heard this story,” or you know, “When I, when I went to the temple, my father told me this, so now I’m telling you.” That’s the way we most often perpetuate these stories. . . .

Morgan Jones: Right. Well, I think you put that so well. And I think, you know, in this conversation that I had with a couple of friends, we were talking about how it’s [a] tricky space to get in when these stories start being told widely. Because I think like you said, the intent is to build faith. The intent is to inspire, and here's this really exciting story, but I felt like the danger of it is there are a lot of people that wear their garments and get in accidents and are harmed.

Morgan Jones: And so I think sometimes in our efforts to make what we have feel really special, and absolutely it is special and sacred and beautiful, we have to recognize that by perpetuating stories that may or may not be true, we could be doing more harm than good, if that makes any sense at all.

Keith Erekson: It does. And I see in there that either-or framing hidden underneath. Either you're wearing your garments, and you’re protected, or you’re not and you’re harmed. Then an example of someone who’s wearing their garments and dies in missionary service, it breaks the either-or, so . . . the problem ultimately is why are we framing it as either-or? Why are we oversimplifying things, and why are we using oversimplified stories to teach things that are really much more important than that kind of framing?

Maybe I can put one other point on this, the way to think about it. We often describe these kinds of stories in a shorthand way as "faith promoting stories." And you’ll hear that “faith promoting rumor” or “faith promoting story.” But hidden under there is an assumption about what faith is. Frequently, [these] kinds of stories assume that faith is a passive thing, that it works best if you cry or feel emotional or feel scared. But another way to think about faith, one that President Hinckley used, was to think about faith as a muscle that you develop. So if I assume that faith is just a kind of feeling that needs to be fed, then I’ll feed it Twinkies. But if I assume that faith is a muscle, then I’m going to work it. Then I’m going to exercise it. Then I’m going to think. A faith-promoting story won’t be something that I don’t have to think about. A faith-promoting story will be something I have to wrestle with and ponder and pray about. But it’s how we assume faith to be . . . [that] influences how we assume we will strengthen people’s faith.

Morgan Jones: I think that is spot on. And maybe it’s like the easiness of the way—we gravitate toward a sensationalized story, when in reality, it’s like a quiet prayer said at home alone that can build our faith more than anything else.

Did Joseph Smith really say that? Does the Church have that artifact? How accurate was that story told in Sunday School? Should I trust the information on this website? Can I draw closer to God by learning about history? Real vs. Rumor explores Church history myths, rumors, and false quotes to demonstrate how to think effectively about the information that swirls around us in our day. Each chapter brims with illuminating examples from scripture, history, and popular culture. By thoughtfully combining study and faith, you will be strengthened as you deepen your discipleship, avoid deception, understand tough topics, and see the hand of God in history and in your own life. Find the book here.

Podcast All InPodcast,All In,
Comments and feedback can be sent to feedback@ldsliving.com