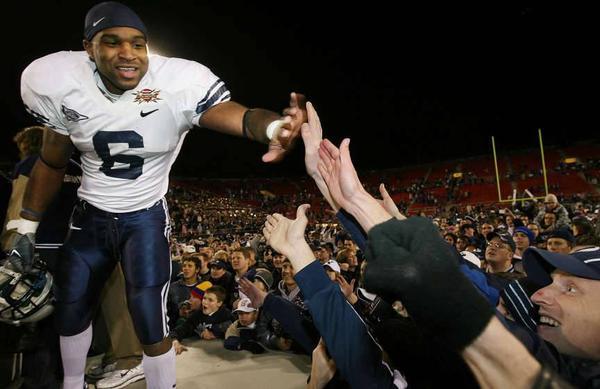 Asked about the conversion process that took place over those weeks, Curtis remembered a lot of prayers along with some struggles. “It’s interesting,” Brown said. “I don’t know if other people go through this, but it was more like it was revealed to me that it wasn’t not true. After every discussion they asked us to go home and pray about it, to pray to know if this gospel is true. I’d go home and I’d pray really hard and I’d read the scriptures they had me read. I’d sit there and at the end of the day I’m praying and I’m thinking is this true or is this not true, or give me a sign. And then at the end of it … after receiving the discussions, I hadn’t received anything negative but I hadn’t received anything telling me that it is true.”

Like many investigators before him, Brown was expecting the answer to come in a different form than it actually came. “I felt like everything was going well and I felt happy about it, but I was waiting more for (God) to appear in a dream or something like that. So, the night before I was supposed to get baptized I called up Matt Berry and I said, ‘Hey Matt, I’m having some cold feet.’ So he comes and he picks me up and we go over and park in front of the Provo temple."