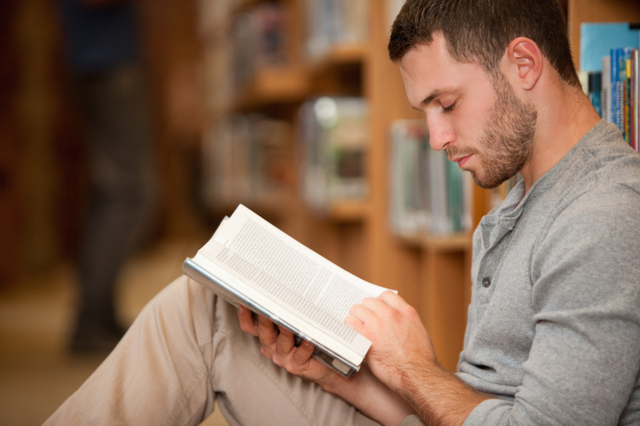 D&C Lesson 23: Seek Learning, Even by Study and Also by Faith

INTRODUCTION: On December 27, 1833, Joseph Smith received the revelation now incorporated in the D&C as section 88. In part, the revelation instructed the Prophet in,

The order of the house prepared for the presidency of the school of the prophets, established for their instruction in all things that are expedient for them, even for all the officers of the church, or in other words, those who are called to the ministry in the church, beginning at the high priests, even down to the deacons (D&C 88:127)

The revelation went on to give instructions on many aspects of the conduct of the school. In accordance with this revelation, Joseph Smith organized the School of the Prophets.

Some divinity schools had adopted the title School of the Prophets, based on Old Testament terminology, but Joseph really meant to organize a school and fill it with men possessed of the spirit of prophecy and revelation.

This school was the first formal attempt of the Church to educate its members. It began quietly in an upper room on the second floor of the Newel K. Whitney store in Kirtland. It was the beginning of great emphasis on education: an emphasis the Church has pursued passionately in the intervening years. The goal of this school and other LDS educational institutions is to seek learning by study and by faith.

1. THE SCHOOL OF THE PROPHETS PROVIDES A PATTERN FOR US TO FOLLOW IN OUR LEARNING.

The meetings of the school of the prophets became the setting for many powerful spiritual experiences. Joseph reported on the first two months of schooling:

Great joy and satisfaction continually beamed in the countenances of the School of the Prophets and the saints, on account of the things revealed, and the progress in the knowledge of God. (History of the Church, Vol.1, Ch.24, p.333)

Several accounts of spiritual manifestations in the school are available. Zebedee Coltrin, however, is the author of the most dramatic. The following is from Coltrin's account:

At one of these meetings after the organization of the school, on the 23rd January, 1833, when we were all together, Joseph having given instructions, and while engaged in silent prayer, kneeling, with our hands uplifted each one praying in silence, no one whispered above his breath, a personage walked through the room from East to west, and Joseph asked if we saw him. I saw him and suppose the others did, and Joseph answered that is Jesus, the Son of God, our elder brother. Afterward Joseph told us to resume our former position in prayer, which we did. Another person came through; He was surrounded as with a flame of fire. He (Bro. C[oltrin]) experienced a sensation that it might destroy the tabernacle as it was of consuming fire of great brightness. The Prophet Joseph said this was the Father of our Lord Jesus Christ. I saw Him. This appearance was so grand and overwhelming that it seemed I should melt down in His presence, and the sensation was so powerful that it thrilled through my whole system and I felt it in the marrow of my bones. The Prophet Joseph said: Brethren now you are prepared to be Apostles of Jesus Christ, for you have seen both the Father and the Son. (Zebedee Coltrin Journal, 23 January 1833, Church Archives)

John Murdock, who attended the school and boarded with Joseph reported a vision of the Savior.

During the winter that I boarded with Bro. [Brother] Joseph, as just mentioned, we had a number of prayer meetings, in the prophet's chamber, in which we obtained great blessings. In one of these meetings the prophet told us if we could humble ourselves before God, and exercise strong faith, we should see the face of the Lord. And about midday the visions of my mind were opened, and the eyes of my understanding were enlightened, and I saw the form of a man, most lovely, the visage of his face was sound and fair as the sun. His hair a bright silver grey, curled in most majestic form, His eyes a keen penetrating blue, and the skin of his neck a most beautiful white and he was covered from the neck to the feet with a loose garment, pure white, whiter than any garment I have ever before seen. His countenance was most penetrating, and yet most lovely. And while I was endeavoring to comprehend the whole personage from head to feet it slipped from me, and the vision was closed up. But it left on my mind the impression of love, for months, that I never felt before to that degree.(John Murdock Journal, typescript, BYU A, p.13)

When we seek learning by faith, when we devote time to the study of the doctrines and the gifts of the Spirit, we open the door for the Lord to bless us and teach us in wonderful ways. But such opportunities will not come if we are unprepared. Consider these items of preparation commanded by the Lord:

Appoint among yourselves a teacher, and let not all be spokesmen at once; but let one speak at a time and let all listen unto his sayings, that when all have spoken that all may be edified of all, and that every man may have an equal privilege.

See that ye love one another; cease to be covetous; learn to impart one to another as the gospel requires.

Cease to be idle; cease to be unclean; cease to find fault one with another; cease to sleep longer than is needful; retire to thy bed early, that ye may not be weary; arise early, that your bodies and your minds may be invigorated.

And above all things, clothe yourselves with the bond of charity, as with a mantle, which is the bond of perfectness and peace. (D&C 88:122-125)

Are there items of instruction in these verses to which you ought to give heed to increase your sensitivity to the whisperings of the Spirit?

2. WE SHOULD LEARN BY STUDY AND ALSO BY FAITH.

It has never been a part of God’s program to do for his children things that they could do for themselves. Because of this, the prophet and his followers quickly recognized the need for an aggressive and effective program of secular education for those who belonged to the kingdom.

In June of 1831, William Phelps and Oliver Cowdery were commanded by the Lord to select and to write books for church schools.

And again, you shall be ordained to assist my servant Oliver Cowdery to do the work of printing, and of selecting and writing books for schools in this church, that little children also may receive instruction before me as is pleasing unto me. (D&C 55:4)

The Lord commanded his people to “set in order the churches, and study and learn, and become acquainted with all good books, and with languages, tongues, and people” (D&C 90:15). Saints were to “obtain a knowledge of history, and of countries, and of kingdoms, of laws of God and man, and all this for the salvation of Zion” (D&C 93:53).

Again, referring to the words of Rigdon,

The Lord indicated how comprehensive this learning by study should be when he indicated that it should deal with,

When we have gone as far as human learning can carry us, or when the information we need can only be obtained by divine dispensation, then we must seek learning by faith. The Lord directed his followers to learn such things as “the law of the Gospel” (D&C 88:78), “all things that pertain to the kingdom of God” (D&C 88:78), “the doctrine of the kingdom” (D&C 88:77), and the “laws of God” (D&C 93:53). In other words, to use the language of Alma,

3. WE SHOULD CONTINUE TO LEARN THROUGHOUT OUR LIVES.

Our current cultural emphasis on education might lead us to believe that going to school and learning are the same things and that the second cannot take place without the first. A moment of thought will convince you that this cannot be true. What gaps would there be in your ability to deal with life if all you knew was what you learned in school? The Saints are under divine and prophetic injunction to continue learning throughout the years of mortality.

A modern-day apostle said it this way:

In the age in which we live today, education is absolutely essential. No one without a good education can really excel. We have a great responsibility in the Church to encourage everyone to have a lifetime search for education. (Elder L. Tom Perry, News of the Church, Ensign, Mar. 1999, 78)

We should each give as much as we can to help the Perpetual Education Fund of the Church. If education serves a vital function in the countries where it is difficult to obtain, it will also serve a vital function among those who have a much greater access to educational opportunities. We ought to contribute when we can to the PEF, but we also ought to search for continuing opportunities to increase our own education throughout our lives.

4. IN THE TEMPLE, WE GAIN EDUCATION FOR ETERNITY.

Verily I say unto you, that it is my will that a house should be built unto me in the land of Zion, like unto the pattern which I have given you. . . That they may be perfected in the understanding of their ministry, in theory, in principle, and in doctrine, in all things pertaining to the kingdom of God on the earth, the keys of which kingdom have been conferred upon you. (D&C 97:10-14)

Look at these verses in D&C 97 and consider the statements and the implications relating to educationCto instruction.

What, then, is true education? It is awakening a love for truth, a just sense of duty, opening the eyes of the soul to the great purpose and end of life. It is not teaching the individual to love the good for personal sake, it is to teach him to love the good for the sake of the good itself; to be virtuous in action because he is so in heart; to love and serve God supremely, not from fear, but from delight in His perfect character. (Instructor, August 1961, p. 253.)

In the face of a great, changing world, it is our duty to teach the truth, to transmit the fine, sweet, uplifting things of our culture, and to inspire action. In order to do this, we must keep learning. (Marion D. Hanks, “Good Teachers Matter,” Ensign, July 1971, 61,62)