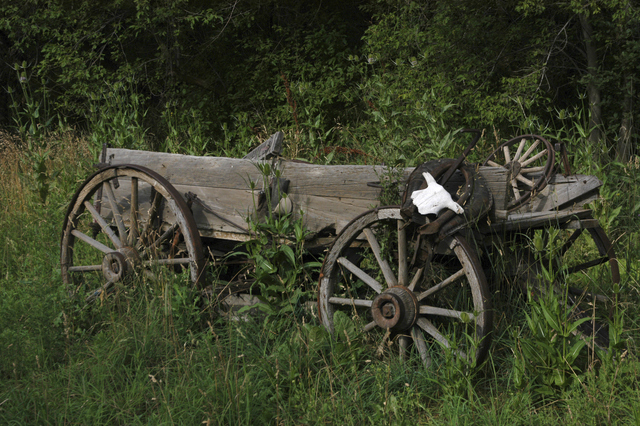 D&C Lesson 29: Building the Kingdom of God in Nauvoo, Illinois

INTRODUCTION: For a time, beautiful Nauvoo was a heavenly gift for the Saints. In addition, the Illinoisans were receptive and helpful. Converts arrived by the hundreds. Doctrinal growth added structure to the restoration. Joseph seemed to become more prophetic and powerful than he had been before. The Nauvoo years preceding the martyrdom provided a season of rest and rejoicing for the beleaguered Saints of the Most High.

1. THE SAINTS SOUGHT REFUGE IN ILLINOIS.

The enduring trauma of the flight from Missouri is for modern Church members what the flight from the Land of Nephi was for the people of King Mosiah. Alma asked of some of them,

And now behold, I say unto you, my brethren, you that belong to this church, have you sufficiently retained in remembrance the captivity of your fathers? (Alma 5:6)

Alma knew that there were lessons to be learned from the experiences of his people. There are lessons for us to learn too. As you contemplate those suffering Saints during that bitter winter of 1838-39, ask yourself what lessons you need to learn. Of course, their departure from Missouri was not strictly a matter of agency. They were forced out—driven by their fear of death and their love of the gospel.

But the exiled Saints simply departed and looked for a new home. Brigham led them while Joseph waited in Liberty Jail. Saints scattered up and down the eastern shore of the Mississippi River looking for shelter and work and food. But Joseph knew that the Saints needed the strength that would come as they labored together, and he counseled his people to find another gathering place.

The government of Illinois, sympathetic to the needs and the fears of the refugees, granted them a charter with unusual provisions. Some of those provisions were suggested by the prophet himself:

The missionary effort that commenced soon after the organization of the Church went forth with increased vigor from the city of Nauvoo. A review of the countries that were first visited by missionaries during the Nauvoo period leaves me nearly stunned with the vision and courage of those early messengers of glory. In the years from 1839-1844, missionaries opened Germany (1843); Ireland, (1840); Israel, (1841); Jamaica, (1841); Russia, (1843); Scotland, (1839); Tahiti, (1843); and Wales, (1844) (see New Era, Mar. 1974, p. 41) and continued their labors in fields already undergoing the harvest of the restoration.

The most dramatic success came from the efforts of the Twelve in the British Isles.

In April of 1839, a council convened in Quincy, Illinois, to deal with this perplexing question: was it possible that the Lord still expected the Twelve to return to Missouri and depart from Far West on a mission to England? (See D&C 118.) Given the current conditions in Missouri, the requirement made no sense whatsoever. But Brigham and others knew that the Lord understood what their future conditions would be when He gave the instructions, and He gave them anyway.

They had been commanded by revelation to depart from the temple lot in Far West on April 26 of 1839, and they did exactly that, returning to the stronghold of the enemies of the Church to hold a meeting and conduct Church business. The mob had a copy of the revelation and had sworn that it could not be fulfilled. But shortly after midnight on the morning of April 26, a meeting was held at the temple site in Far West. They then departed, but did not actually leave for their missions until they had settled their families in the Nauvoo/Montrose area.

Many apostles faced such illness that nearly rendered them unable of serving. John Taylor was stricken with sickness on his journey and finally sent his companions ahead and remained in Indiana to try and regain his strength. When he was well enough, he wrote to his wife. From that letter comes a priceless paragraph of faith and trust.

I placed myself under the care of a Doctor who did all that he could for me and now near three weeks after my arrival I have got clear of my fever and am fast recovering  i[t] brought me however to the gates of death several times. . . . You may ask me how I am going to prosecute my journey, with my trunk a distance of 300 miles or upwards by land, without means. I do not know, but one thing I do know, that there is a being who clothes the lilies of the valley and feeds the ravens and he has given me to understand that all these things shall be added and that is all I want to know. . . . He has raised me from it again and I am thankful. He stopped me on my road and I am content. When my way is open to proceed I shall go on my way rejoicing. If he took me I felt that it would be well. He has spared me and it is better. The Lord does all things well. Bless his holy name Oh my soul and forget not all his mercies. (Ronald K. Esplin, BYU Studies, Vol. 15, No. 4, p.433; also cited in part by M. Russell Ballard, “Anchored by Faith and Commitment,” Ensign, July 1995, 16)

The following suggests the rapidity with which the Church grew in Great Britain.

In one year, 1840 to 1841—one year and fourteen days, to be exact—nine members of the twelve were called to labor in the British Mission. If you remember the history here at home, those years marked the period of some of the severest persecution that the Church was to undergo in this dispensation. In that one year and fourteen days the nine members of the twelve with their associates, established churches in every noted town and city in the kingdom of Great Britain. They baptized between 7000 and 8000 converts. They printed 5000 copies of the Book of Mormon, 3000 hymnbooks, and 50,000 tracts, and they published 2500 volumes of the Millennial Star and emigrated 1000 souls to America. (Elder Harold B. Lee, C.R., April 1960)

3. THE EXAMPLES OF THE NAUVOO SAINTS SHOW THE IMPORTANCE OF ENDURING TO THE END IN RIGHTEOUSNESS.

Some of the truly bright lights of the restoration flickered and dimmed. They send a warning across the years to us about the need to endure, to press forward, to continue, to hold out faithful to the end. But there were also those thousands of quiet, faithful disciples who paid the price to learn their duties and then paid the price to do their duties. They were men and women who placed their feet on the path of safety and then walked that path with wonderful faith.

There is but one path of safety for the Latter day Saints, and that is the path of duty. It is not a testimony only; it is not marvelous manifestations; it is not knowing that the gospel of Jesus Christ is true, that it is the plan of salvation—it is not actually knowing that the Savior is the Redeemer, and that Joseph Smith was his prophet, that will save you and me; but it is the keeping of the commandments of God, living the life of a Latter day Saint. (President Heber J. Grant: C.R., April 1945)

What would you like friends and relatives to say about you when you are gone? What tribute inscribed on your tombstone would please you most? On vacation in the Midwest, we saw a cemetery. One stone caught our eye. The The final words for Nancy Gardner were carved across the bottom of the stone: “SHE DONE WHAT SHE COULD.” This feels like a nice thing to say, if you are not a fanatic about grammar. It would be a blessing to meet the Lord knowing you had done everything you could.

The Lord has said some nice things about some of his servants even while they were mortals. He complimented Nathaniel on his lack of guile (John 1:47); He referred to Peter as a rock (Matt. 16:16-19); He knew that Abraham would teach his children correct principles (Gen.18:19).If He were to say just one thing about you—the thing you most need to hear—what would He say?

4. THE RELIEF SOCIETY WAS ORGANIZED IN NAUVOO.

The organization of the Relief Society came during the Nauvoo period of our history.

Emma Smith, the first president of this organization, said to the sisters, “We are going to do something extraordinary” (Minutes of the Female Relief Society, 17 Mar. 1842, LDS Church Archives). Our celebration was indeed “something extraordinary.” What began in 1842 with 20 women in Nauvoo, Illinois, now involves nearly four million women on every continent and in almost every country in the world. But what is significant is that it began with one woman, Margaret Cook, who offered to sew shirts for the men working on the Nauvoo Temple. She needed cloth and could not afford to buy it. Sarah Kimball offered the cloth, and within weeks the Relief Society was organized by the Prophet Joseph Smith under the inspiration of the Lord. It began with a small offering—at the front gate—and it has grown to a major force for good around the world, one stone at a time. (Elaine L. Jack, “A Small Stone,” Ensign, May 1997, 74)

In April of 1998, President Packer gave a wonderful sermon about the Relief Society. As he visited the Saints in Czechoslovakia, then behind the Iron Curtain, he spoke specifically to the sisters there. In part he said,

I told those sisters that they belonged to the largest and by all measure the greatest women’s organization on earth. I quoted the Prophet Joseph Smith when he and the Brethren organized the Relief Society: “I now turn the key in [behalf of all women].”

This society is organized “according to your natures.” You are now placed in a situation in which you can act according to those sympathies [within you].

If you live up to [these] privileges, the angels cannot be restrained from being your associates.

I told them that upon our return I was assigned to speak at a Relief Society conference; could I deliver a message from them? Several of them made notes; each expression, every one, was in the spirit of givingCnot of asking for anything. I shall never forget what one sister wrote: AA small circle of sisters send their own hearts and thoughts to all the sisters and begs the Lord to help us go forward.”

Those words, circle of sisters, inspired me. I could see them standing in a circle that reached beyond that room and circled the world. I caught the same vision the apostles and prophets before us have had. The Relief Society is more than a circle now; it is more like a fabric of lace spread across the continents. (Women’s Exponent, 1 Sept. 1883, p. 51) [Boyd K. Packer, “The Relief Society,” Ensign, May 1998, 72]

CONCLUSION: The accomplishments of the Saints in Nauvoo are astonishing. But they are the fruit of faith and sacrifice and commitment and covenant. A community of exiles turned to the Lord and to each other and changed themselves and the world. As we remember them draining their swamps and plowing their prairies and making their bricks and building their temple, we must remember that their lives are the example for our lives. None of us must ever expect it to be easy. The only promise we have is that it will be possible.