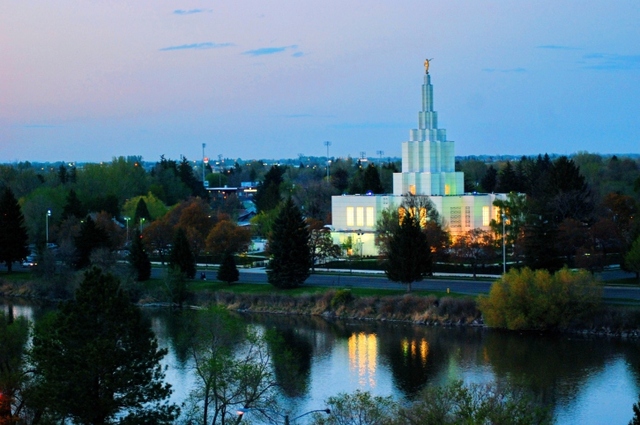 D&C Lesson 39: "The Hearts of the Children Shall Turn to Their Fathers"

In this lesson we will discuss the work for the dead by referring to the work of four prophets: Elijah, Wilford Woodruff, Joseph F. Smith, and Gordon B. Hinckley.

1. ELIJAH: “THE KEYS OF THIS DISPENSATION ARE COMMITTED INTO YOUR HANDS.”

The scriptural account of the coming of Elijah is one of the most repeated passages in the standard works. The prophecy of his coming is recited in whole or in part in each of our volumes of scripture

The frequency of scriptural references to this event must be evidence of its supernal importance. And of course it is important. Neal A. Maxwell indicated

What we do here is so vital, but it is actually a preparation for our labors in paradise in the spirit world. The scope in that spirit world is ten times as large as the demographics of this world.” (“Our Preparation for Work in the Spirit World,” excerpt from Neal A. Maxwell’s address to Religious Educators: Salt Lake Tabernacle, 2 February, 2001)

The scope of the work in the spirit world is ten times greater than here. Perhaps that gives some explanation of the reason for the continual and repeated emphasis on the mission of Elijah. This understanding also helps us comprehend the great need for temples and abundant temple work here. Prophets have predicted a time when temples—even hundreds or thousands of them—will dot the earth. This is a remarkable prophecy for those of us who grew up when there were so few temples. When my oldest son was four, he could identify every temple in the world from its photo.

Who could do that now? And we have only begun. A resource of hundreds or thousands of temples will be necessary to provide sufficient opportunity to do the work for all of the dead. Joseph Fielding Smith said,

The keys of this priesthood were held by Elijah, to whom the Lord gave power over the elements as well as over men, with the authority to seal for time and eternity on the righteous all the ordinances pertaining to the fullness of salvation. The Prophet Joseph Smith said that Elijah was the last prophet that held the keys of this priesthood; he was to come and restore this authority in the last dispensation in order that all the ordinances of the gospel may be attained to in righteousness, and without this authority, the ordinances would not be in righteousness. . . .

Therefore, the restoration of this authority is the leaven that saves the earth from being utterly wasted at the coming of Jesus Christ. When we get this truth firmly and clearly fixed in our minds, it is easy to see that there would be only confusion and disaster should Christ come and the power of sealing not be here. (Joseph Fielding Smith, The Coming of Elijah,” Ensign, Jan. 1972, 5)

PRESIDENT WILFORD WOODRUFF: “SOMEBODY HAS GOT TO REDEEM THEM.”

President Woodruff served for a time as president of the St. George Temple. It was in this temple that endowments for the dead were performed for the first time in this dispensation.

Pres. Woodruff had a most remarkable experience while laboring in that temple:

In 1887, Elder Woodruff was appointed as the first president of the St. George Temple. Here he experienced some marvelous manifestations. It was in this temple that the signers of the Declaration of Independence appeared to him and requested that their temple work be done. As they gathered around him, they wanted to know why he did not redeem them. “We laid the foundation of the government you now enjoy, and we never apostatized from it, but we remain true to it and were faithful to God.” (JD 19:229.)

Elder Woodruff related that they waited on him for two days and two nights as he was baptized for the signers of the Declaration of Independence and 50 other prominent men, making 100 in all. They included John Wesley, Columbus and others. He was baptized for every president of the United States until that time except three.” (Church News, May 1, 1993)

Perhaps in part because of this experience, and no doubt encouraged by the whisperings of the Spirit, President Woodruff had a great affection for this work. He received and recorded a remarkable revelation regarding family history. President Woodruff said to church members:

You have now something more to do than you have done. We have not fully carried out those principles in fulfillment of the revelations of God to us, in the sealing of the hearts of the fathers to the children and the children to the fathers.

Then came the substance of the revelation in the simplicity of a single declarative sentence that has ushered in a most marvelous work in this dispensation: “We want Latter‑day Saints from this time to trace their genealogies as far as they can, and to be sealed to their fathers and mothers. Have children sealed to their parents, and run this chain through as far as you can get it.”

PRESIDENT JOSEPH F. SMITH: “THE EYES OF MY UNDERSTANDING WERE OPENED.”

At the beginning of the Friday Morning session of the October 1918 general conference, President Joseph F. Smith said,

As most of you, I suppose, are aware, I have been undergoing a siege of very serious illness for the last five months . . . . I have not lived alone these five months. I have dwelt in the spirit of prayer, of supplication, of faith and of determination; and I have had my communication with the Spirit of the Lord continuously . . .

The day before this sermon, Pres. Smith had received the revelation now contained in the Doctrine and Covenants as section 138.

What is the significance of the words in 138:1-2 that describe what Pres. Smith was doing with the scriptures? How can pondering and reflecting prepare us to receive revelation? Pres. Smith does tell us that he read 1 Peter 3-4 (see 138:6), but notice what he did when he had finished reading. “As I pondered over these things which are written . . .” (138:11)

In the revelation that then came to him, the Lord opened the curtain on the spirit world wider than it had ever been opened before. Read this revelation carefully, and then reflect and ponder on what we have been taught. What was the nature of the people who actually saw the Savior during his visit to the spirit world? (138:12-14) Verses 15-18 use words like deliverance, redemption from the bands of death, restored, liberty to the captives. What do these phrases suggest about the feelings we will have when we are separated from our bodies. The prospect of deliverance from the bands and chains of that separation filled them with joy and rejoicing.

It was on this occasion that the most enduring and comprehensive mission in the history of this planet was organized.

From among the righteous, he organized his forces and appointed messengers, clothed with power and authority, and commissioned them to go forth and carry the light of the gospel to them that were in darkness, even to all the spirits of men; and thus was the gospel preached to the dead. (138:30)

I beheld that the faithful elders of this dispensation, when they depart from mortal life, continue their labors in the preaching of the gospel of repentance and redemption, through the sacrifice of the Only Begotten Son of God, among those who are in darkness and under the bondage of sin in the great world of the spirits of the dead. (138:57)

PRESIDENT GORDON B. HINCKLEY: “WE ARE DETERMINED . . . TO TAKE THESE TEMPLES TO THE PEOPLE.”

President Hinckley’s desire to make temple blessings available to members in every part of the world is a quiet affirmation of the concurrent need to make those blessings available to those who hear the good news of the gospel in every part of the spirit world. Temples offer incomparable blessings to those who receive their own endowments. Then the blessings multiply. Those whose work is performed by proxy become heirs to those same blessings, and those who perform the work are continually blessed by their presence in the temple and by the instruction and the spirit that occur in the temples.

In this regard Pres. Hinckley said:

I have a burning desire that a temple be located within reasonable access to Latter‑day Saints throughout the world. We can proceed only so fast. We try to see that each temple will be in an excellent location, where there will be good neighbors over a long period of time. Real estate prices in such areas are usually high. A temple is a much more complex structure to build than an ordinary meetinghouse or stake center. It is built to a higher standard of architecture. It takes longer and costs more. The work is moving about as fast as we can go. It is my constant prayer that somehow it might be speeded up so that more of our people might have easier access to a sacred house of the Lord. (C.R., Oct. 1995, p. 77)

CONCLUSION: As we consider the scope of this work on both sides of the veil, we begin to see the cause behind some of the events we might have called tragedies.

We cannot control what I call “the great transfer board in the sky.” It’s out of our control. And the inconveniences that are sometimes associated with releases from labors here are necessary in order to accelerate the work there. Heavenly Father can’t do His work with ten times more people that we have on this planet except He will on occasion take some of the very best sisters and brothers. And the conditions of termination here, painful though they are, are part of the conditions of acceleration there. And we’re back to faith and the timing of God. And to be able to say, “Thy will be done” (and I would paraphrase it, “thy timing be done”) is part of letting Him know we will be submissive in that situation too, even when we do not fully understand it. (“Our Preparation for Work in the Spirit World,” excerpt from Neal A. Maxwell’s address to Religious Educators: Salt Lake Tabernacle, 2 February, 2001)

There is such a great work to be done among our departed sisters and brothers. And we have only begun to get it done. President Kimball said of this work,

The day is coming not too far ahead of us when all temples on this earth will be going day and night. There will be shifts and people will be coming in the morning hours and in the night hours and in the day hours . . . day and night almost to exhaustion, because of the importance of the work and the great number of people who lie asleep in eternity . . .” (From You to Your Ancestors, Salt Lake City: The Church of Jesus Christ of Latter‑day Saints, 1978, p. 2.)