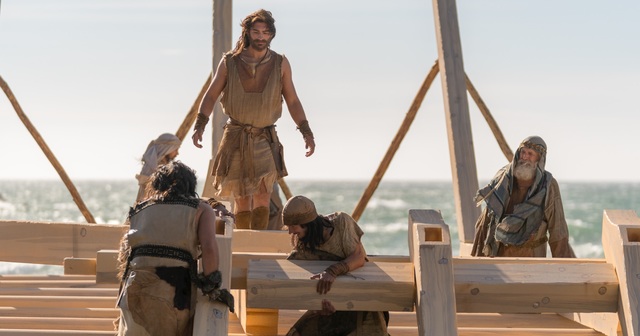 Dan Peterson: Do Names in the Book of Mormon Bear Witness of Its Truthfulness?

His enemies liked to refer to Joseph Smith as “Joe.” Some still do. But he seems to have preferred the fuller and more formal Joseph. Likewise, if his father was ever called Joe by his family or friends, I’m unaware of it. There seems to have been a culture of some formality associated with the Smith family names. If Alvin was ever called “Al,” or Hyrum “Hy,” if William was commonly called “Will” or “Bill” or “Billy” or “Willy,” there’s little sign of it. Was Joseph’s sister Sophronia known as “Sophie”? Was “Katharine” commonly called “Katie” or “Kate” or “Kathy”? Perhaps. But the evidence for that seems to be lacking.

More relevantly for my purposes here, Joseph had a younger brother named Samuel who doesn’t seem to have gone by “Sam.”

Thus, it’s striking to see an early character in the Book of Mormon who is called not “Samuel” but “Sam.” The name might seem inappropriately familiar or perhaps—if he were the book’s unsophisticated 19th-century author—even a lapse on the part of Joseph Smith. But such familiarity or informality doesn’t appear to be the Smith family’s style. Had Joseph invented the character, it seems more likely that he would have given that character the name “Samuel.”

►You'll also like: Quiz: What Is Your Book of Mormon–Style Name?

And “Samuel” would have been perfectly fitting. After all, it’s a biblical name of genuinely ancient Hebrew origin, probably meaning either “name of God” or “God heard.” Two books of the Old Testament bear it.

So where does the Book of Mormon’s “Sam” come from?

The Book of Mormon Onomasticon Project operated for years under the auspices of the Laura F. Willes Center for Book of Mormon Studies in BYU’s Maxwell Institute. (An “onomasticon,” from the Greek onoma or “name,” is a list of proper nouns, often including their meanings.) The team of experts led by Paul Hoskisson, a Semitic linguist who is now retired from Brigham Young University, gathered a great deal of ancient linguistic material related to the proper names (including place names) in the Book of Mormon and made it available online. (Its treatment of the name “Sam” can be found at onoma.lib.byu.edu/index.php/SAM.) Hoskisson has recently passed ownership of the onomasticon project over to Book of Mormon Central where, happily, the effort should continue.

But the Book of Mormon Onomasticon Project is not the only place where research of this kind is being conducted. Other interesting studies of the names in the Book of Mormon have appeared in recent years. For instance, Matthew Bowen’s 2018 Interpreter Foundation book Name as Key-Word: Collected Essays on Onomastic Wordplay and the Temple in Mormon Scripture argues that the Book of Mormon’s personal and place names provide our clearest glimpses into the text that existed on the plates from which Joseph Smith translated it.

►You'll also like: The Actual Meaning of “Nephi” and 3 Other Book of Mormon Names

In many instances, Bowen contends, the names of important Book of Mormon people and places are directly and deliberately related to words matching the most likely Hebrew and Egyptian origins for those names. If he is right, this suggests, in line with a wealth of other philological, onomastic, and textual evidence, that the Book of Mormon is the work of ancient authors rather than that of a rural 19th-century American farm boy of limited education.

Likewise, two articles by a team of BYU researchers from various disciplines examine the “phonoprints” of Book of Mormon names, their sound qualities, comparing them not only to each other but to those created by the great Oxford University literary scholar, linguist and author J.R.R. Tolkien and other authors of fiction. While, for example, they find that the names of Tolkien’s dwarfs, elves, hobbits and men all bear the phonoprint of a single creator, a single author’s phonoprint does not emerge from the Book of Mormon. Instead, Jaredite, Nephite, and Lamanite names vary by group in the same way that one would expect genuine names from different cultures to vary. These researchers contend that “Book of Mormon names seem to have more in common with the patterns found in authentic names than they do with those from fictional works.”

The arguments and their supporting data are too complex to present here, but the articles are easily accessible online for anybody’s examination, at no charge:

• “Comparing Book of Mormon Names With Those Found in J.R.R. Tolkien’s Works: An Exploratory Study” online at journal.interpreterfoundation.org/comparing-book-of-mormon-names-with-those-found-in-j-r-r-tolkiens-works-an-exploratory-study.

• “Comparing Phonemic Patterns in Book of Mormon Personal Names With Fictional and Authentic Sources: An Exploratory Study” online at journal.interpreterfoundation.org/comparing-phonemic-patterns-in-book-of-mormon-personal-names-with-fictional-and-authentic-sources-an-exploratory-study.