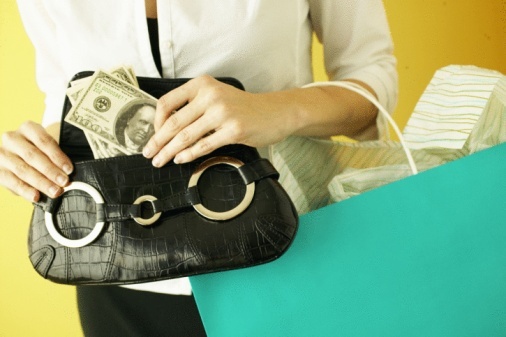 I’m fairly responsible with finances, but my girlfriend is in a terrible financial situation with a lot of credit card debt, an expensive car payment, and a big, fancy apartment. Plus, she just quit her job because she didn’t like it anymore. Now, she’s thinking about filing bankruptcy and thinks us moving in together will help solve her problems. If she can’t handle her finances on her own, what’s going to happen if we get together? Can you help?

This is someone to keep dating, not marry right now or move in with, and see if she changes her spending habits. You’d have a very tough life being married to this woman, unless she makes some real attitude adjustments where her money is concerned.

I can’t say if she’s technically bankrupt, but she definitely needs to move into a cheaper apartment and sell the car for starters. Still, bankruptcy’s not going to solve anything if she’s got a heart problem. By this, I mean if she buys stuff to try and make her happy and lives beyond her means in the process.

Lots of people have the idea that they are what they drive, or they are where they live. Those are heart problems, and that’s the way I was many years ago until I had some sense knocked into me by going broke. Then, I realized I had to stop and make some changes.

This doesn’t mean that she isn’t worthy of your love or she’s a terrible person, but it does mean that the girl has got some growing up to do. Money matters aside, you don’t quit your job without a plan unless you’re being sexually harassed or abused, or there’s some matter of principle at stake. Leaving one job for another is okay. But the idea of deciding you just don’t like something, and walking away from it when you’ve got a bunch of bills, is just plain irresponsible.

She’s probably not bankrupt, but there are some definite character issues that need to be addressed. Hopefully, you two can work through this together.

* For more information on how you can see Dave live, please visit daveramsey.com