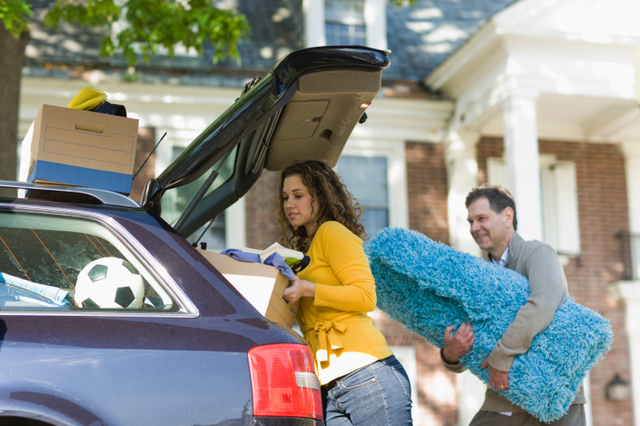 Dave Says: Is the Authentic College Experience Worth a Loan?

We live in New Jersey, and my wife and I can afford the $10,000 to send our son to a state college. However, we have a younger child who is heading to college in a couple of years, and I’m having a hard time justifying room and board when he can commute. My wife doesn’t have a problem paying for it, even though it would mean taking out a loan. What do you think?

I’m with you on this one. If you had an extra $40,000 lying around, this wouldn’t be an issue. But if you’re talking about borrowing money just for him to live in a dorm, my answer is a resounding no!

If your son, or your wife, wants the “college experience” to be part of the equation, then Junior can get a job to pay for the added expense. Anyone can make $10,000 a year delivering pizza while in school, and it would be a great life experience. You might spot him a little something to get him in there and get things going, but I’d make it contingent on him working to pay the remainder.

There’s no reason to take out loans for something like this. It sounds like you guys can cash flow the important stuff, but make sure this kid learns what work is and why it’s important. I worked full time while I was in college and still graduated in four years.

Besides, most college dorm rooms look a lot like prison cells; they’re tiny, with concrete block walls and maybe a window, if you’re lucky. Does this really sound like an “experience” worth going into debt for? I don’t think so!

Finances Parenting College Teenagers EducationParenting,College,Teenagers,Education,Finances
Comments and feedback can be sent to feedback@ldsliving.com