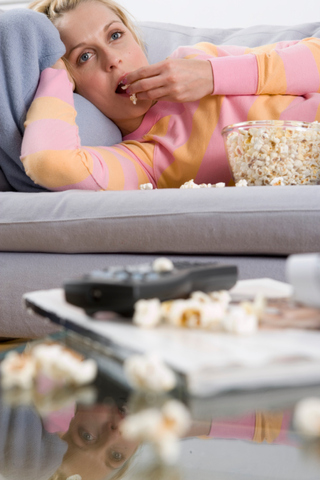 My older sister hasn’t worked in two years. She hasn’t even looked for a job, she’s 36, and she’s been living with our parents the whole time. They want to set her up in an apartment and pay the rent, but I think this is a bad idea. I love her, but what can you do for someone like this?

First of all, your parents aren’t helping matters. She needs a job and a future, and she’s not going to find either one as long as mom and dad are enabling her irresponsible behavior. It’s sad for parents when they see their children harming themselves through their own stupidity and laziness. She’s being both stupid and lazy, and unfortunately, these things aren’t illegal.

There may not be a great ending to this story, because it all rests on your sister. She has the entire family tied up in knots, and in a sense, she’s controlling everyone right now. But if you want my advice, here it is. Give her the address of the nearest homeless shelter, and send her on her way.

Right now, she’s not just lazy and irresponsible, she’s arrogant. And arrogance can only be erased after someone has been broken. When she’s been broken, then she’ll be coachable. In situations like this, you have to love someone enough to let them be broken. Otherwise, they’ll continue in the same destructive behavior pattern.

This is sad, and I wish none of you were involved in such a mess. But she’s had the opportunity to stop this inappropriate behavior at any point during the last two years. Chances are, if she’ll change her attitude and become more humble and trainable, she can build from there.