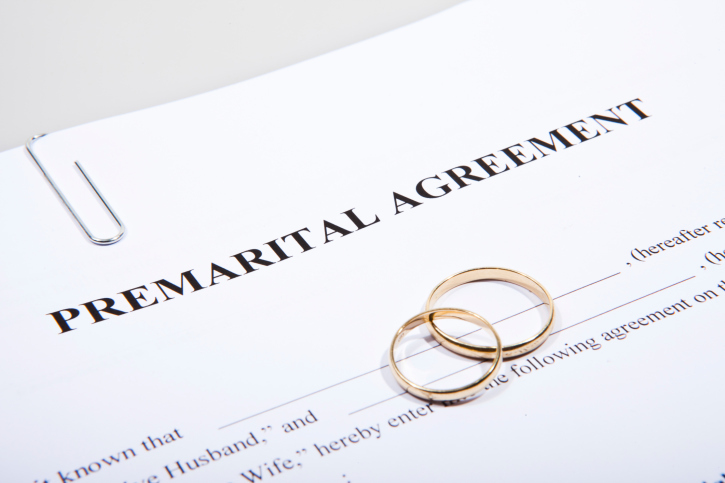 Dave Says: Why You Should or Should Not Sign a Pre-Nup

My husband died several years ago. He always worked very hard, and we did very well financially. I am now 48 and have $3.8 million in assets. I’ve found a wonderful man who is very stable and loving with a good job, and we’re considering getting married. Do you think I need a prenuptial agreement?

For years I told people never to do prenuptial agreements. I always said if you love your money more than you love your spouse, then you’re too immature and selfish to be married.

However, I’ve changed my tune on this subject a little bit recently. When one or two wealthy people get married, the problems that can arise usually have nothing to do with those two people. The problem is that it can invite a lot of crazy into your lives from the outside. Whether it’s a parent, cousin or child, sometimes people start feeling a sense of entitlement when wealth is suddenly thrust into the picture.

You both sound like mature, functional people with good values. In most cases, that’s a pretty good indication that crazy isn’t in the immediate vicinity. Still, there’s a lot on the line. So while I would advise a prenup, you might keep an open mind to revisions somewhere down the road. Make it pretty solid and protective for the first five or 10 years. But then, after you guys have built a life together, you’ll hopefully reach a point where you’ll feel safe looking at it as all ours.

So, the only reason I’d ever suggest a prenup is when two parties are bringing really unequal amounts to the table. Yours is an extreme situation, Heather, so I’d give it some serious thought. Let him know you want to do this to protect the relationship, so that there’s never any hint that the money is a problem or will create problems. If he’s as kind and thoughtful as you say, I think he’ll understand.

* Dave Ramsey is America’s trusted voice on money and business. He has authored five New York Times best-selling books: Financial Peace, More Than Enough, The Total Money Makeover, EntreLeadership and Smart Money Smart Kids. His newest best-seller, Smart Money Smart Kids, was written with his daughter Rachel Cruze and recently debuted at No. 1 on the New York Times best-seller list. The Dave Ramsey Show is heard by more than 8 million listeners each week on more than 500 radio stations. Follow Dave on Twitter at @DaveRamsey and on the web at daveramsey.com.