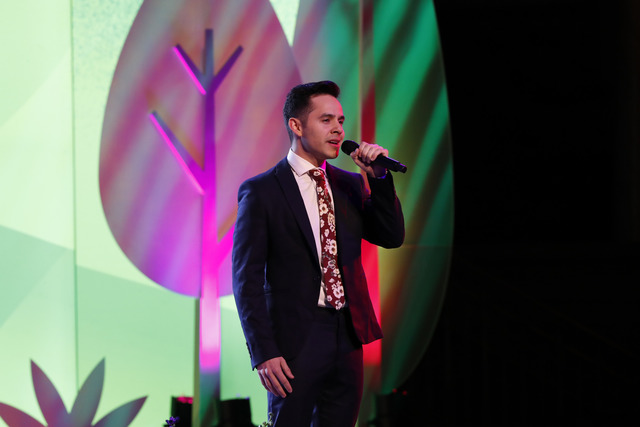 As part of Sunday evening’s Face to Face Event for Children and Youth, David Archuleta sang the 2020 Youth Theme song, “Go and Do,” based on the scripture found in 1 Nephi 3:7. Archuleta, who is best-known as the runner-up on the seventh season of American Idol, not only performed the never-before-heard song but also shared his personal testimony of the Book of Mormon.

Archuleta explained that, as a child, he was often called “socially awkward” and felt that he wasn’t worth anything but an invitation from his bishop led him to read the whole Book of Mormon when he was 12-years-old.

“I didn’t understand everything I read but I felt from this experience that I was coming close and getting to know Christ in a way I hadn’t ever experienced before and I was able to get to the end of the Book of Mormon,” Archuleta said. “And I decided to get down on my knees and pray and ask if this was real, if it was true. And I was surprised because not only did I receive an answer that it was real and it was true but I also received an answer where God said, ‘My son, I know you. I know who you are.’

The song beautifully speaks of the Lord preparing a way for all to do the things the Lord has commanded them to do.

“I will go and do. I will stand for truth. Though the world may shut Him out, I will make Him room. I know if I follow Him, follow Him in faith, He will ease my burdens and He’ll provide a way,” the song’s lyrics say.

Archuleta does not appear in the video, which was filmed in New Zealand, but he can be heard singing the song in the video below.