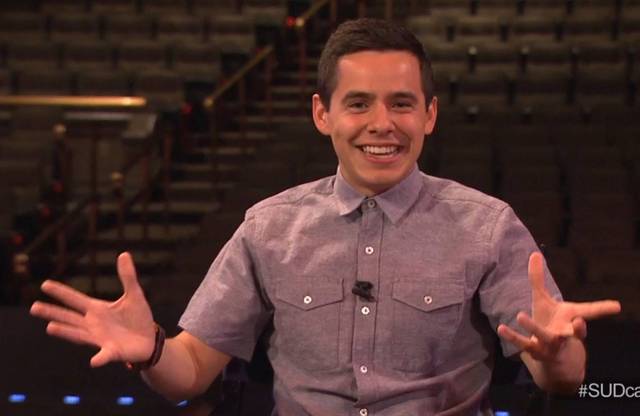 David Archuleta: What I Look For in a Wife

In a Facebook event in 2014, #LDSface2face, David Archuleta took questions from fans. And of course, it had to be asked: what is he looking for in a wife? David answers:

"Obviously, I don't know if it's cheesy, but I think someone needs to love the Lord." He expounds, "It's a given; they need to love the Lord more than they love me. Then they'll have their priorities set. And if they do that, then we can make the same kinds of goals together in our family. I feel like that lines a lot of things up."

He also lists, "Someone who is confident, sure of themselves, carries themselves well." And, "Someone who's fun to be with, who can make me laugh. That's important, too."

Do they need to be a singer? "It doesn't matter," he shares. However, "They have to be supportive in what I do. Someone who hates music, that'd be pretty hard. But if it's someone who's obsessed with me, that's kind of weird, too. But I think someone who loves the Lord."

Another important aspect for the pop icon? He wants "Someone who has virtue. You can look at them and tell 'that's someone who gets what virtue is.' And what is virtue? When I think of virtue, I think of the temple. Something clean and pure. Someone who strives to live their lives that way. It just makes all the difference. You can feel something different with them. You learn from them."

In case you're wondering, he doesn't have a girlfriend at the moment--he says, "Especially on the mission, when we're teaching about families, and how they can be together forever and watching how happy they are, you can't help but want that." He also mentions, pre-mission, he was so self-conscious he went on one date once a year. But now? He says, "I'm definitely getting to know people."

What do you look for in an eternal companion? Let us know in the comments! And don't miss the documentary about David's mission: Called to Serve.

More about the movie:

David Archuleta: Called to Serve is an inspiring look into how serving others changed forever the life of one of the world’s brightest stars.