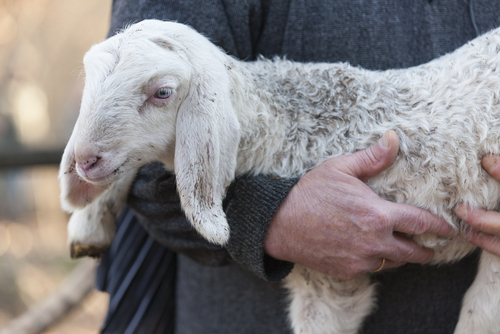 When my oldest boys were little, I took them to an amusement park because I’m such a rocking dad. During lunch, while we were all standing in line for a million-dollar hamburger, I looked down to where my son Jack had been standing right next to me. He wasn’t there.

I was sort of bugged to lose my spot in line, but I figured he had wandered back to the rest of our crew who were saving a table, so I left the line to check at the table only to find them Jack-less. No sign of him. I started to worry a little. I stayed cool for about six seconds as we started to spread out around the restaurant, but worry quickly escalated to panic.

Looking back, I don’t think it was that long, but in that moment, each second felt like an hour. I was flustered and afraid out of my mind. Finally, I spotted him through a window! He had left the restaurant and was about 50 yards away in a gift shop having a little toddler conversation with a stuffed robot car. I cannot tell you the explosion of emotion I had. Gratitude he was found. Anger that he had wandered off. Stupidity for losing him. And a little bit of relief when I remembered that Mary and Joseph lost Jesus once. For three days. I didn’t feel as bad. The whole range of emotions surged through my veins, and my eyes watered with tears of every kind.

Truthfully, I had no right to be that mad at Jack for wandering off. It is in his DNA. It is actually in all of our DNA.

We are all seconds away from getting lost and are prone to falling, failing, and forgetting. It’s kind of what we do best. This is probably one of the reasons why the scriptures compare us to sheep more than 300 times!

I’ve never raised sheep before, but I have had several friends who have, and apparently, raising them can be a major pain in the rear. Let’s start with the fact that my farming friends tell me that sheep are directionless. Like Jack and all of us, they are wanderers and followers, they easily get lost, and they don’t know how to find their way back home. Or they get distracted and forget that they even have a home. They are both needy and absentminded.

That’s precisely why they are famous for walking off, following anything, and getting lost. I have a friend who lost his whole flock of sheep once because one of them found a hole in the fence and the rest of them just followed her out. Luckily there wasn’t a cliff nearby, because they are dumb enough to follow a fellow sheep off of one of those, too. Bless their cotton-ball hearts.

Sheep are also completely defenseless—such an easy target for predators. They are not very agile, are not quick on their hooves, and wool is not exactly great armor. You don’t have to talk to someone who has raised sheep very long to learn how high-maintenance these fluffy farm animals are! They consistently need protection, direction, healing, feeding, and rest. They are an investment—not only to buy them but also to be in charge of them every day. Constant care is required. 24/7. They just cannot make it on their own. Just like us. “All we like sheep have gone astray,” Isaiah said. “We have turned every one to his own way” (Isaiah 53:6). Isaiah was right—we are all like sheep. Needy little sheep.

Happily, we are not only needy sheep but also lucky sheep, because we have a shepherd. And not just any shepherd, but the Good Shepherd. The Best Shepherd. This is one of the names of Jesus—a name that shows us how He can and does care for each of the individual wants, needs, hopes, and dreams of us, His sheep. “Wherefore, I am in your midst, and I am the good shepherd” (D&C 50:44).

The Lord Is My Shepherd

King David knew this well. Before his palace life, he grew up in the Bethlehem fields as a shepherd. When he was older, he wrote a famous song that is in the book of Psalms (Psalm 23). It is about a shepherd. From all of his experience, David knew that he was like a sheep, and the name he thought fit best for Jesus was “the Shepherd.” His shepherd.

Look at what it teaches about Jesus as a shepherd:

“The Lord is my shepherd; I shall not want.” Sheep are always looking for something else to eat or drink. They never seem satisfied—always wanting something more and moving from place to place to get it. We are the same way, aren’t we? We are always moving on to the next best thing. We can never quite have enough! When the iPhone 20 comes out, we will be waiting for the 21.

With the Lord as your shepherd, you “shall not want.”

King David tells us more: “Though I walk through the valley of the shadow of death, I will fear no evil.” What a line! I am not sure what the valley of the shadow of death is, but I never want to go there. I can imagine, though, that David is referring to the dark and dreadful things that can and do happen in this world—King David experienced many of those. He had been to an actual valley to face his greatest fears. But look what he said: You will go to these places and not fear, for He will be with you. And He will have a rod and staff with Him.

A rod was used by a shepherd as a weapon in ancient times. Shepherds were skilled at protecting and defending their sheep. There is no enemy that can prevail over you with Jesus as your shepherd. You never have to fear. And His staff? This is often drawn or shown as a hook. Sometimes Jesus needs to loop the hook around us to pull us back from the danger we are walking into. He knows exactly how to both protect us and lead us away from harm.

And then the last line: “Surely goodness and mercy shall follow me all the days of my life.”

The Hebrew for the word follow in that verse can also be translated as “to chase.” His love will not only follow you but will chase after you all of your life. His love doesn’t just accept you when you come to Him; He goes out looking for you. He will chase after your love and devotion all His days. He will constantly invite you and persuade you to come into His care.

The Shepherd Never Gives Up on His Sheep

Many years ago, I read a story from Elder John R. Lasater. He was visiting the country of Morocco, where many shepherds still live and care for their sheep the way that shepherds did during biblical times. He shared a memory from one of his trips about a sheep who had been hit by a car that belonged to the king’s motorcade. They all pulled over and found out that the sheep was pretty broken and bruised up but still alive. According to the law of the land, the king was required to pay the man 100 times the value of the sheep he hit. The catch was, though, if the shepherd accepted the money, he had to butcher the sheep and divide up the meat. Elder Lasater’s guide and interpreter then said, “But the old shepherd will not accept the money. They never do. . . . Because of the love he has for each of his sheep.” When the shepherd refused the payment, he picked up his sheep and wrapped him in his robes and continued to rub its head and repeat a word over and over. When Elder Lasater asked what the shepherd was saying, the interpreter said, “Oh, he is calling it by name. All of his sheep have a name, for he is their shepherd, and the good shepherds know each one of their sheep by name.”

Why would the shepherd do that? Why not take the cash? One hundred times the value! Think of how many other sheep he could buy with that. His business could start booming! Why give up all that money for a sheep that will be so hard to take care of and that was dumb enough to walk into the road without looking both ways in the first place? To keep the sheep seems like bad business. But this wasn’t just any sheep; it was his sheep.

Remember the story of Jack getting lost? During every terrifying moment of looking for him, of all the thoughts I had and emotions I felt and prayers I said, not once did I think, “You know what? I am just going to leave him lost. He never finishes the dinner he complains about, he loses his shoes professionally, he leaves his Legos all over the stairs for me to step on in the middle of the night, and he takes up a room in the house I could use for a gym. He drains my money, time, and emotional energy. He can’t do anything on his own, and I would be richer without him.” As I ran around like a wild thing looking for him, not one of those thoughts or anything close to them went through my head. Why? Because he is my kid.

What if the king had offered the shepherd 200 times the value of the sheep? It still wouldn’t have been enough because of the love the shepherd has for each of his sheep. Each one. The scriptures tell us the story of this same type of shepherd—a shepherd who cares that deeply for each of His sheep. The injured ones, the lost ones, and the helpless ones, too. Maybe especially. And how deeply?

Enough to give His life. 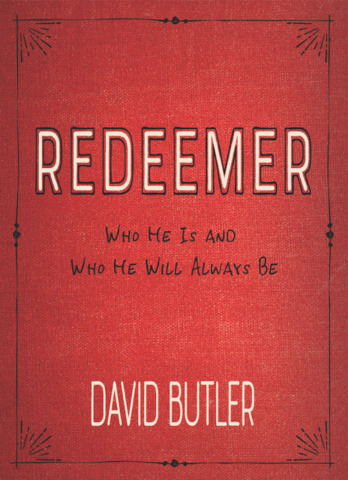 Build a stronger relationship with Jesus Christ as you read David Butler’s new book, Redeemer: Who He Is and Who He Will Always Be, available at Deseret Book stores and on deseretbook.com.