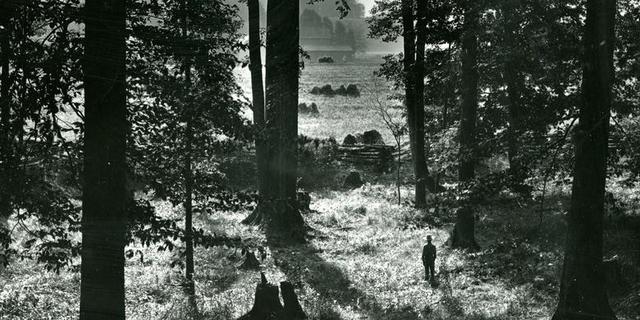 In spring 1820, 14-year-old Joseph Smith prayed in faith and was answered by God and Jesus Christ in person. This remarkable vision is foundational to Latter-day Saint history. Joseph left four known firsthand accounts of his vision, and contemporaries recorded five more known accounts after hearing him speak about it. Combined, these accounts are a rich resource, providing Latter-day Saints with a greater understanding of this significant event. The following narrative integrates details from all of the accounts. Spelling, capitalization, and punctuation have been standardized.

“At about the age of twelve years,” Joseph Smith wrote, “my mind became seriously impressed with regard to the all important concerns for the welfare of my immortal soul.” Living in upstate New York in the 1810s, Joseph was surrounded by religious discussion and controversy. Religious revivals put the urgent question “What must I do to be saved?” foremost in his mind. But the answer was elusive. “Being wrought up in my mind,” Joseph studied the “different systems” of religion, but “I knew not who was right or who was wrong and considered it of the first importance that I should be right in matters that involve eternal consequences.” His own sins and the “sins of the world” made him “exceedingly distressed.”

By “searching the scriptures,” Joseph learned that “mankind did not come unto the Lord but that they had apostatized from the true and living faith and there was no society or denomination that built upon the gospel of Jesus Christ as recorded in the New Testament.”