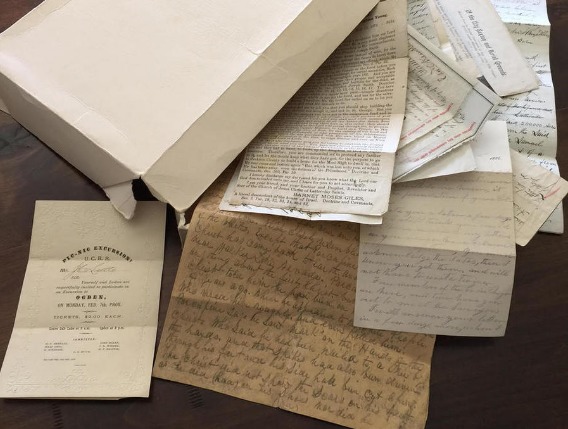 What an exciting discovery!

On the 170th anniversary of the Saints entering the Salt Lake Valley, a longtime question has now been answered. How long after Mormon pioneers entered the Salt Lake Valley was land surveyed and designated as the official location of Temple Square? A week? A month? According to a recently discovered journal belonging to pioneer surveyor Jesse Carter Little, the location of Temple Square was known the day pioneers entered the valley, July 24, 1847.

In April, Rob Thurston of Provo, Utah, age 60, made an amazing discovery about his great-great-grandfather, Jesse Carter Little. He found his ancestor’s journal containing entries made along the journey west to the Salt Lake Valley. But the journey to acquiring the journal was an adventure in and of itself.

“When I was a young boy about age 7, I used to go down to Manti, Utah, to where my grandmother lived,” Thurston said. “In her old house I used to like to play hide-and-seek and hide under the stairs.”

In the small confines of the room under the stairs, Thurston remembers seeing an old cream-colored box filled with aged letters and photographs.