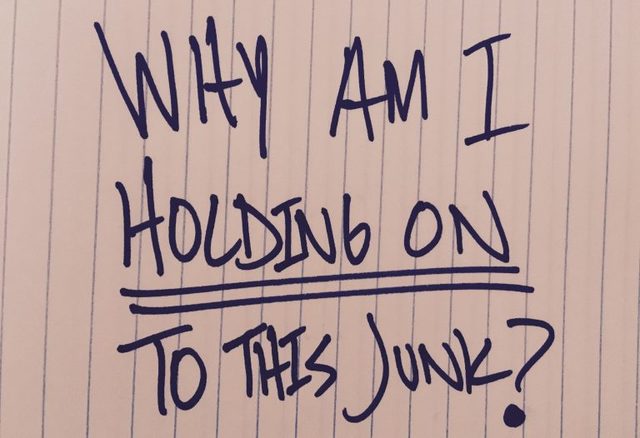 Do We Need to Tidy Up and Declutter Our Spiritual Lives?

Have you read The Life-Changing Magic of Tidying Up: The Japanese Art of Decluttering and Organizing? Author Marie Kondo’s book has cleaned up quite nicely, selling more than five million copies since its 2014 release.

Here’s the skinny on this little book: tidying up our homes and offices can be a breeze. Simply discard or donate everything that no longer fulfills its purpose or brings you joy. For Kondo’s army of believers, the art of decluttering has become an almost spiritual experience.

With my own closet full of more shirt choices than Golden Corral—which is appropriate given that half of them have evidence of Golden Corral—I decided to put the art of tidy to the test.

When I was done with round one, I stepped back and admired the view. The last time my closet was so clean, it was empty and I was admiring it with a real estate agent.

With a dash of confidence that maybe there really was something to this tidying tidal wave, I sat in my office and began asking myself what tools and trinkets are propelling me forward and which are needless relics of the past.

Do I need three copies of a newspaper I appeared in 12 years ago? Five blank VHS tapes? How about a squishy stress ball from a company that hasn’t been in business since the days of “Hawaii Five-0”? (The original, not the reboot.) 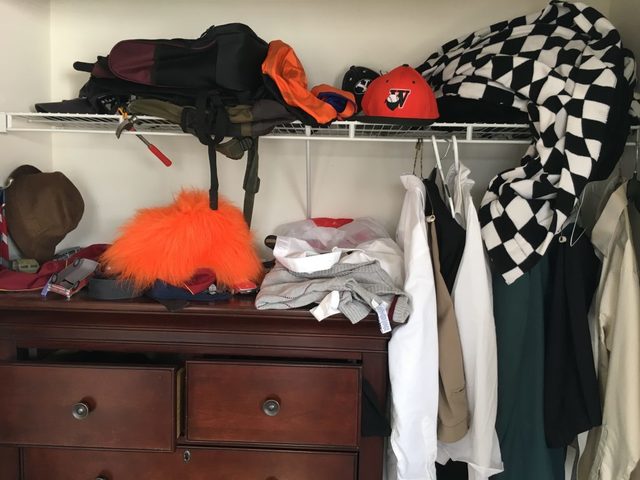 Piece by piece I bid farewell and saw my space take on a new personality. I noted that although the decisions weren’t always easy, freeing myself from the visual clutter had a cleansing effect I couldn’t deny.

Then back to work I went, quickly falling into a routine of worrying about deadlines and deals, relationships and regrets, mistakes and missteps. Before long I was staring into space and realizing that my spiritual life was even more cluttered than my closet and office.

On a piece of scrap paper pad I probably should have junked an hour earlier, I made a list of the junk I’d collected but could not see. The failed ventures, the broken promises, the silly arguments, the man who stole from my family and the friend who hasn’t spoken to me in nearly 20 years.

The list included big-picture regrets and micro-mistakes. It featured a book I should have already written and another I wish I’d written differently.

Next came a scribbled question: “Why am I holding onto this junk?”

While there’s tremendous value in evaluating the past and learning from mistakes, I wondered if there should be a statute of limitations on how long we’re required to store regret, heartache, grief, and guilt.

Rereading my list, I asked if anything in this prized collection was bringing me joy. Are these memories blessing my life and propelling me forward? Or are they just taking up space in my closet?

And what’s the point of organizing and cleansing our physical worlds without doing the same in our spiritual worlds?

Storing anger at a family member? Throw it out.

Stashing regret for the job not taken? Toss it.

Clutching guilt for the words you spoke? Apologize to God and the offended. Then forgive yourself and chuck the memory in the trash forever.

Make today the day we gather our spiritual clutter and ask ourselves the same questions we would about any of smorgasbord of stuff.

Then let’s thank the memories for their service, for the lessons, for the growth and donate them permanently to the past.

Jason Wright is a New York Times, Wall Street Journal, and USA Today bestselling author.
Jason is a weekly columnist for theDeseret News and Northern Virginia Daily and articles by Jason have appeared in over 50 newspapers and magazines across the United States. He is the author of ten inspiring books. Read more from Jason on his blog, Jasonfwright.com.

Jason is from Charlottesville, Virginia, but has also lived in Germany, Illinois, Brazil, Oregon and Utah. Jason is married to Kodi Erekson Wright. They have two girls and two boys.