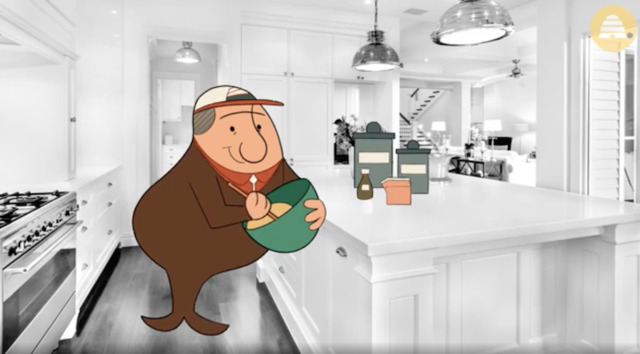 It’s a stereotype that has been around for decades—conservative religious men don’t help out around the house with tasks like cooking, cleaning, and doing laundry. But how accurate is that assumption? A new study conducted by Claudia Geist and Bethany Gull from the University of Utah sheds some light on the matter.

In a Deseret News video on Instagram explaining their research, Gull explains that she and Geist originally hypothesized that nonreligious men would be more involved in housework. After all, available research has shown that men who have gender equitable ideas and are less religious are more involved in the home.

“What we found, though, was that when we broke down the tasks that men were reporting that they did, men who were attending [services] weekly were doing . . . more hours of housework, so that went against what we thought we were going to find and we found that quite intriguing,” said Gull.

Results of the study were included in a recent Deseret News article by reporter Lois Collins, who broke down the findings in her piece and in the video. Collins also interviewed several men of faith from various backgrounds, who explained how their beliefs play a role in taking on household tasks.

Contrary to popular opinion, the study showed that men who attended services weekly did more laundry and more hours of housework than those men who never went to church or a synagogue.

So, why does the stereotype exist that conservative religious men don’t work around the house? The research may not be as clear cut as it seems. For example, religious denomination does seem to be a factor as the surveyed Catholic and Muslim men did less housework than nonreligious men on most measures, while Jewish men shared three of the four household tasks more equally with their partner.

Laurie DeRose, a professor of theology at the Catholic University of America, and her colleague Anna Barren gave the Deseret News two possible reasons this stereotype exists:

“The first is a caricature of religious men as misogynistic, narcissistic and controlling; the second is that many people understand that egalitarianism places high expectations on husbands and fathers, without recognizing that faith does likewise.”

Collins concludes the video with a simple solution about doing chores around the house.

Housework HomeHousework,Home,
Comments and feedback can be sent to feedback@ldsliving.com