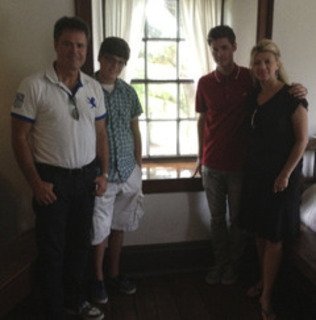 Donny Osmond, his wife, Debbie, and sons Chris and Josh visited the historic Mormon sites in Nauvoo and Carthage, Ill., recently on their way home.

In Carthage, the Osmond family stood in a dimly lit room in the Carthage Jail where Mormon prophet Joseph Smith was imprisoned.

Smith was shot and killed in the room on June 27, 1844, by a mob that supposedly was threatened by the rapid growth of the Mormon population and that seemed to resent some of the claims of the Mormon faith.

Read the rest of this story at dailygate.com