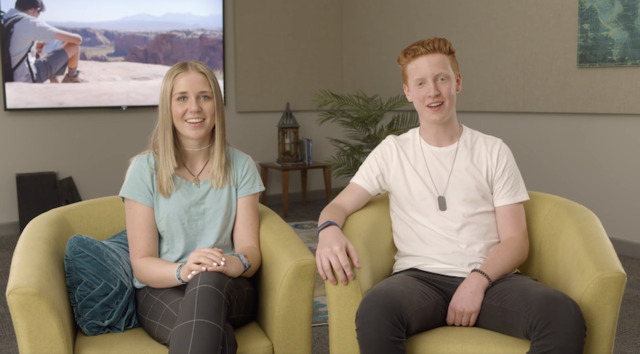 Youth who were signed up for Especially For Youth may have been wondering how to fill their time this summer when the event was canceled because of COVID-19. But now, they don’t have to.

In a production studio at Brigham Young University’s campus in Provo, Utah, two youth explain that EFY, typically a week-long summer program aimed a strengthening youth's commitment to the gospel, will be held virtually this year. To demonstrate their point, the video, which was recorded as though the hosts were sitting next to each other, is actually social distancing at its finest as they were filmed separately.

The hosts explain that instead of meeting together for EFY this year, the organization will share weekly video messages every Tuesday beginning on June 23. These videos will highlight some of the best parts of EFY, including thoughts from EFY session directors, while building up to a culminating hour-long virtual event on July 21.

In addition to listening to inspiring messages focused on Christ, EFY participants will be having some fun this year by learning to line dance and participating in a virtual variety show. EFY will highlight youths’ talents on its social media pages before and after the talent show.

“Though we can’t physically get together, this will be the first EFY where EVERYONE can attend,” according to an EFY Facebook post. “Share this with your friends and family so they can join in the fun, too.”

Additionally, changes for 2021 EFY will be announced on July 21, including new locations where EFY will be held. The virtual events this summer are free to the public. Questions can be emailed to efy@byu.edu.