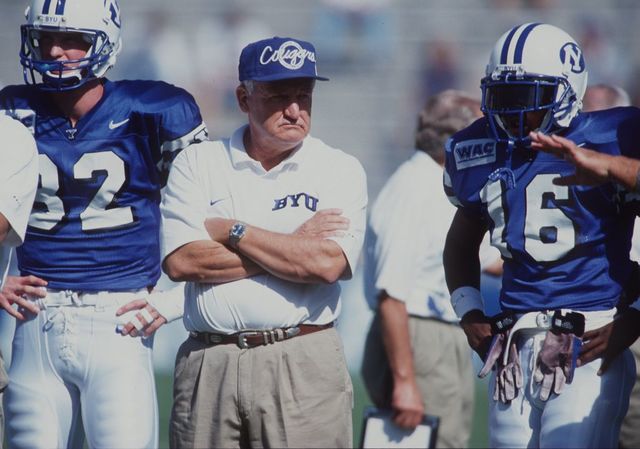 ESPN released a list of the top 150 coaches over more than a century of college football—and Brigham Young University’s Lavell Edwards made the cut.

Selected by a blue-ribbon panel of 150 media members, administrators, and former players and coaches, the article takes a look at how coaches define eras in football. Covering coaches from Notre Dame’s Knute Rockne, who debuted in 1918 and is ranked no. 3 on the list, to Alabama’s Nick Saban, who ranks no. 2, the list might be subject to debate—but it’s just for entertainment, ESPN stated.

According to the article, 20 of the top 25 coaches coached more than 20 seasons. Lavell Edwards is 22nd on the list and is recognized for leading the Cougars to “19 conference titles, 10 10-win seasons, and that incredible run to the 1984 national championship.”

Other accomplishments Edwards achieved, ESPN continued, were “grooming five first-team All-American quarterbacks” and turning BYU into a brand that “became known for exciting, entertaining, edge-of-the-seat football, and it proved that three yards and a cloud of dust wasn't the only way to win games. It was just the old-fashioned one.”