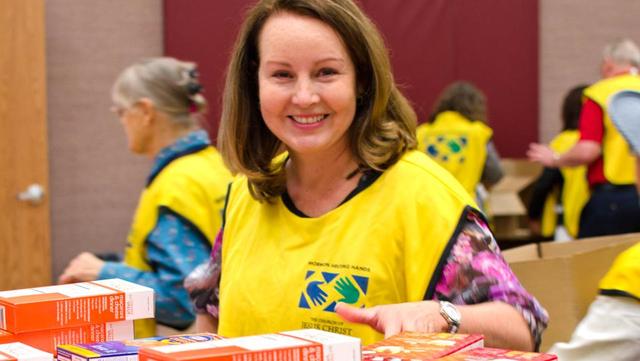 Some people made homemade apple butter or casseroles, others cleared public trails and parks, but the majority of the effort was focused on the battle against hunger in the states of Maryland, Virginia and West Virginia and in the District of Columbia.

Prompted by local leaders of The Church of Jesus Christ of Latter-day Saints, but joined by the three states’ governors and the mayor of the district, a regional effort to combat the challenges of hunger, particularly in the lives of children, took place Saturday, 29 September 2012, as a “Day to Serve.” Numerous other faith-based groups, community service organizations and university students collaborated in a singular focus to stock the shelves of local food banks.