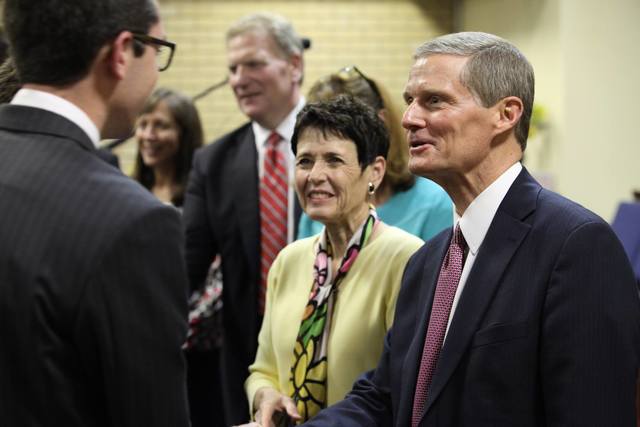 One of our sons and I were assigned as home teaching companions. Together we taught a number of families, including a divorced sister with three young daughters. Over time we developed a close and trusting relationship with the woman and her children. We appreciated the opportunities we had to serve them spiritually and temporally.

I was privileged to give each of the daughters a priesthood blessing at the beginning of every new school year, a cherished spiritual tradition both for the young women and for my son and me. Shortly after my son received the Melchizedek Priesthood and was ordained to the office of an elder, we were scheduled to visit the home of this good sister and her daughters. It was the time of the year for “back to school” blessings, and in our planning for the appointment I invited our son to be the voice in giving one of the blessings. We reviewed what he already knew about the pattern for priesthood blessings. He was both excited and a bit nervous about his first opportunity to exercise the higher priesthood “by the laying on of hands” (Articles of Faith 1:5).

After we presented a spiritual lesson to and talked with the family, I asked if all were ready to receive their blessings. With the concurrence of the mother, I invited our son to first bless the oldest daughter. He did an admirable job and was appropriate and inspired in his utterances.

Upon the completion of the first blessing, I looked at our son and invited him to give a blessing to the second daughter. This request was a total surprise to him! My son looked at me with an expression of semi-terror only a dad could interpret, a look that silently screamed, What are you doing? Please do not ask me to do this. I already used all of the standard phrases I know. I do not know what else to say. Just let me watch and listen to you.

Throughout his life this worthy and valiant young man had received and observed scores of priesthood blessings. But the immediate challenge for him now was to translate, with the help of the Lord, what he knew in his mind and heart into priesthood power and action. I politely but persistently invited him a second time to give the blessing, and he responded in faith. The tone and spirit of the second blessing were different from the first—more humble, more submissive, and more earnest. He clearly received heavenly help beyond his own power as he labored to be a conduit through whom the Lord could reveal His mind and will.

As the third young woman came forward to sit in the chair in the middle of the living room, I invited our son to be the voice for the third blessing. This request also was a total surprise to him. The look of panic and protest in his eyes was now gone, and he placed his hands upon the young woman’s head, paused, and then began to speak. The third blessing was different from the first two—more individualized, more penetrating, and more soothing. Customary phrases were replaced by light and truth. Both the receiver and the giver of the blessing were edified and rejoiced together (see D&C 50:17–26), and all of us in that home that evening felt the power of the Holy Ghost.

►You May Also Like: The Powerful Lesson Elder Oaks Learned When Priesthood Blessings Didn't Heal His Father

As we drove home, my son and I talked about what he had experienced, observed, felt, and learned. During the first blessing, he had been worried and concerned about himself: about how he was doing; about how his blessing was being received and understood; and about whether he was following the proper priesthood pattern and protocol. While giving the second blessing, he began to “get out of the way.” He focused less upon himself and more upon the needs and concerns of the young woman, upon the impressions of the Spirit, and upon the Lord’s will. And in the third blessing, he increasingly had “an eye single to the glory of God, [which qualified] him for the work” (D&C 4:5). He learned about the power of the priesthood more deeply and intensely in those few minutes of “acting in doctrine” than he had learned in all of the previous priesthood lessons he had ever received or blessings he had observed.

That initial experience of giving blessings in the authority of the Melchizedek Priesthood enabled that young man to become acquainted with the character of Christ as perhaps nothing else could. Our son had repeatedly heard, read, studied, taught, and learned the doctrine of the priesthood. But only as he acted in the doctrine did he start to make the transformational turn from inward to outward—from self to others. Only as he acted in doctrine could what he knew in his mind begin to find place in his heart. Only as he acted in doctrine would he more fully understand Him whom he represented and whose authority he now bore. 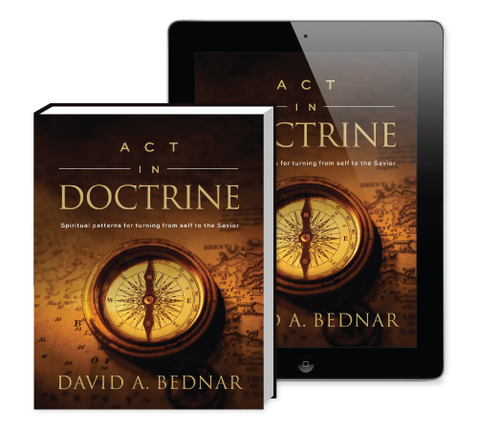 Gain more insights about the character of Christ and acting in truth in Elder Bednar’s Book, Act in Doctrine, available at Deseret Book stores and deseretbook.com. This unique book not only includes insights and stories from a living apostle, but also includes extra-wide margins for recording thoughts and writing prompts that invite the reader to ask, ponder, and apply what they are learning. The book is also enhanced with videos (available on DVD or online for e-book version) that include a Q&A and an exclusive interview with Elder and Sister Bednar.

As we turn from self to the Savior, we become better able to understand respond to the promptings of the Holy Ghost. Obedience becomes “the sweet fruit of honoring covenant responsibilities — not merely a chore or an option to be performed based upon circumstances or convenience.” This is a stirring invitation to all of us to learn, ponder, and Act in Doctrine.