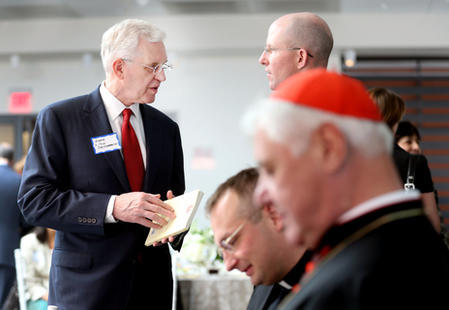 Everyone has a stake in protecting religious freedom because it contributes to better economic and business outcomes, Elder D. Todd Christofferson of the Quorum of the Twelve Apostles of the LDS Church said Friday.

He referred to a 2014 study of 173 countries by researchers at Georgetown and BYU who found religious freedom is one of only three factors significantly associated with global economic growth.

An analysis of that study by one of the researchers, Georgetown's Brian Grim, found seven ways freedom of religion contributes to better economies and business outcomes. Elder Christofferson shared three of them.